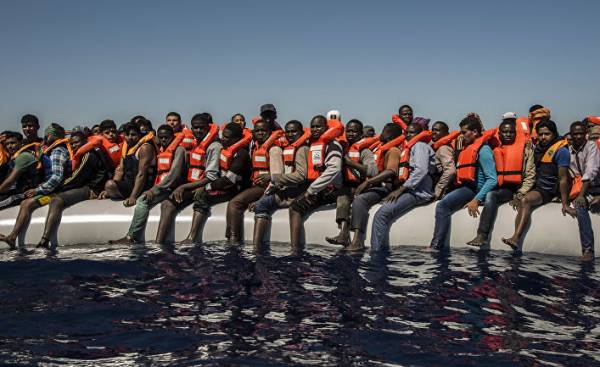 What is really disgusting, when dealing with political correctness is that it prevents people to think clearly. Absolutely clear things unnecessary complicated, because people do not dare to clearly define the phenomenon.

Africa South of the Sahara is a Prime example. What is happening there is completely understandable. This unprecedented explosion of population growth. The continent’s population is now about 1.1 billion people will increase to 2.4 billion in 2050. The greatest population growth is happening South of the Sahara. What this will lead and is already leading, is a completely trivial thing. This is a huge growing pressure on Europe and the hunger catastrophe that will occur more and more often.

Therefore, the words of the Norwegian Professor, who was quoting JP on Wednesday, acted as a release from severe addiction:

“Famine in East Africa is due to overpopulation… the Main point here is one word, that word — overpopulation. They made too many people compared to the amount that can feed. This is the reason. Point. No one dares to say it, but after six or seven years, Africa will be able to feed only a quarter of its own population. And the reason is overpopulation”.

The solution, says Professor Harald Kryvi (Harald Kryvi), is any way to convince the Africans that each family had no more than one or two children. Great offer, which, however, cannot take place. How can this happen? Indeed, immediately after independence, African countries rich countries sent incredible amounts of into a black hole, which is called the assistance to developing countries, and absolutely without any effect. And since Africa’s population is growing uncontrollably.

To help people during a hunger catastrophe is a good thing, but it is naive to believe that it can help. The dilemma is insoluble. Cause of population explosion is primarily access to Western medical technology, which can survive many children. At the same time, African countries have not been able to create consistently high economic growth in order to have adequate growth of GNP per capita.

Should rich countries stop their assistance, knowing that nothing helps? Needless to say, the consequences will be terrible for a long time. Should rich countries be allowed millions of Africans to go to Europe to seek his fortune in us? Will die then Europe. We are already seeing the consequences of reckless migration policy in a country such as Sweden. A shocking 37% of the Swedish population aged 0 to 44 years have now of foreign origin, and most of them come from Western countries.

I don’t need to tell you about, as are the cities of malmö, göteborg and Stockholm. There, apparently, there is no humanitarian solutions. The peoples of Europe, of course, do not want their colonized people from Africa or any other parts of the third world. Conversely, if in Africa and elsewhere, the Europeans say stop, it’s on the same day will lead to misery and death.

Thank you to the Norwegian Professor for telling the truth, and welcome to beautiful new world. It will be very nasty. 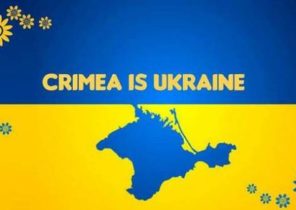 The Embassy of Ukraine explained to the British Lord, who and who is the aggressor