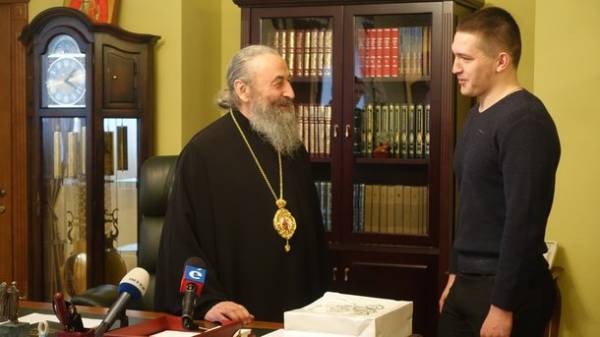 World champion in kettlebell sport, the future priest Nikolay Tkachuk, who will speak at the international sports festival “Arnold classic” in early March in Columbus, Ohio (USA), will give Arnold Schwarzenegger an icon of St. Nicholas the Wonderworker.

According to the information Center of the Ukrainian Orthodox Church, the athlete said during a meeting with the Primate of the UOC Metropolitan Onufry at his residence in Kyiv-Pechersk Lavra.

“I’ll represent Ukraine at the most famous mass sports event in the world. During a meeting with Arnold Schwarzenegger want to give him the icon of St. Nicholas the Wonderworker. Why is this icon? This is my patron Saint and is a Saint of God, who helps all people, and worship, not only Orthodox Christians but also people of other religions”, – said the athlete. 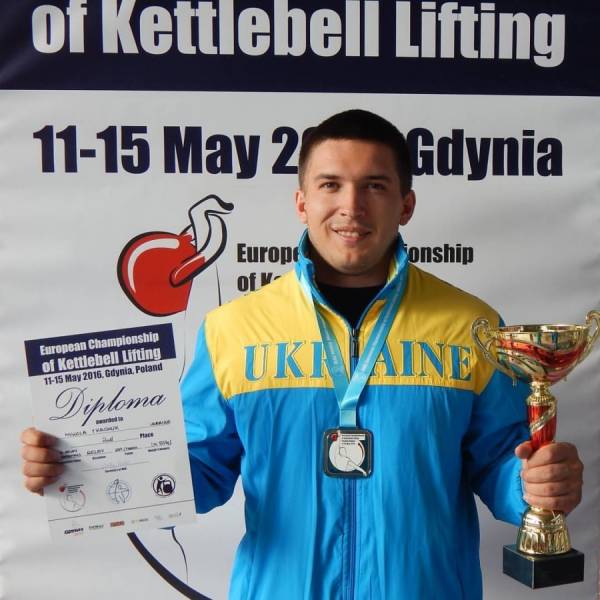 Mykola Tkachuk will participate in an international tournament with two kettlebells of 32 kg each. They will have to raise the maximum number of times within 10 minutes.

“It requires a lot of patience, because the weights are not easy and they need to raise as quickly as possible. Such competitions always difficult, but if you are a believer, then it is much easier to overcome all kinds of obstacles”, – said Nikolai.

During the conversation with the Primate of the athlete took the blessing to participate in the competition. Blessing Ukrainian weightlifter to participate in the competition, Metropolitan Onufry wished him God’s help.According to the information Center of the UOC, Nicholas Tkachuk – member of the national team of Ukraine in kettlebell lifting, the repeated world champion and Ukraine. Studying at the correspondence Department of the Kiev theological Seminary. Mykola Tkachuk will participate in an international sports festival “Arnold classic” with the Foundation’s support of the Primate of the Ukrainian Orthodox Church.