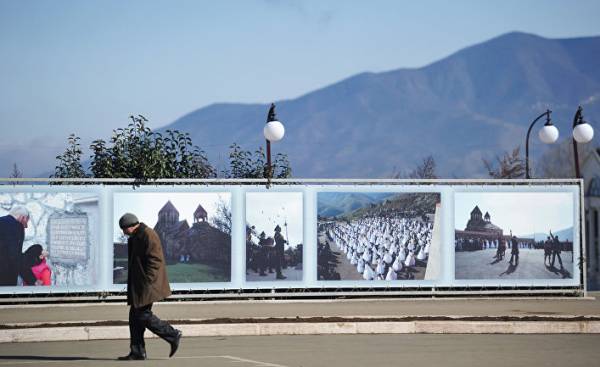 The CEC of the Republic of Artsakh has published preliminary official results of the constitutional referendum, according to which, the new Constitution was adopted by 87,6% of the votes. The turnout of almost 74 percent of the citizens eligible to vote. Foreign observers and observation group gave a fairly high evaluation to the process of voting and counting of votes and noted that the referendum passed largely without disturbances. Both from the point of view of internal and external perception, is one of the most important assessments.

The high rate of participation in the referendum showed that the people of Artsakh continue to treat with responsibility the question of the formation of state institutions, as if you choose the path of independence in the referendum of December 1991. Artsakh with dignity passed another test on self-determination and sovereignty. The fact that the referendum increased the President’s powers has a local value. Much more important was that through a referendum in Artsakh once again proved that has nothing to do with Azerbaijan in terms of stability of the state and the development of democratic institutions. For Armenia and Artsakh it has long been axiomatic truth. The main question in the international perception. In this sense, the referendum decided the issues of foreign policy importance.

First, the people of Artsakh have restored the historical name of his land, changing the Nagorno-Karabakh Republic Artsakh Republic. This is important not only from the point of view of national identity. It is also a step that over time will cause the international community to consider this conflict in the context of the right of Artsakh people to self-determination, subconsciously reinforcing the awareness of the fact that it is a struggle for the right to live and develop in their historical homeland, that is, the struggle to protect the natural rights of the people of Artsakh. “The Karabakh conflict” in the international terminology is not immediately replaced on “the Karabagh conflict.” This will take a long time. But for the average European as a result of this name change, many uncertainties emerge.

Second, the referendum was held on the backdrop of current events related to the “acquisition” blogger Lapshin Azerbaijan. The Aliyev regime is this factor to our society, as another victory, while using as a means of blackmail against those who visited Artsakh without Baku’s permission. The process of the referendum, according to the CEC, was watched by 104 observers from more than 30 countries. In addition to the unrecognized or semi-recognized state entities (Transnistria, Abkhazia, South Ossetia, Basque Country) as an observer in the referendum was attended by the representatives of Uruguay, Bolivia, Canada, USA, Bulgaria, Belgium, great Britain, Romania, Slovenia, Spain, Latvia, the European Parliament and so on. Such representative participation (in the provision which most invaluable long lasting and purposeful activities of hay DAT Committee) actually suggests that the Azerbaijani policy of blackmail not only fails, but gives the opposite effect — not only increases the number of people visiting Artsakh, but also expands the circle of people that shape public opinion who are defending Artsakh’s right to self-determination. The Ministry of foreign Affairs of Azerbaijan has declared that all foreigners who, as observers had visited Artsakh, will be included in the “black list”. But observers arrived in Artsakh, knowing the consequences. And it shows that they do not care for it. In the case of the continuation of this vector, the “black list” of Azerbaijan will not only be unnecessary and ridiculous, but will work against the Baku.

Third, despite the fact that Azerbaijan, in any such case uses all its diplomatic Arsenal to achieve official statements from different countries on the recognition results carried out in Artsakh referenda and elections, these events contribute to the improvement of the international status of Artsakh as an actor in international relations. First of all, the fact that the international community has not questioned the legitimacy of the authorities of Artsakh. For a long time the co-chairs of the OSCE Minsk group in its oral and written statements use the phrase “de facto authorities”, NKR. If the co-chairs had at least minor doubts about the legitimacy of the process of formation of these authorities, such language would not be used. In addition, the co-chairs meet with these authorities hold talks in Stepanakert, which is the result of indirect recognition of the outcome of the national elections and referendums. Finally, for several years, as the OSCE MG co-chairs in their statements about the non-recognition of Artsakh elections clearly state noted that Artsakh people have the right thus to organize your social life. This is a direct attack on stubbornly ignoring it is the right of Baku and its diplomatic efforts. In this sense, the participation of foreign observers is the most important argument. Of course, they do not officially represent those of the country where they came to Artsakh. However, they gathered information, both in terms of the quality of elections, and activities of state and public institutions in Artsakh, has a guiding value during the formation of or changes in government policy and the position of any country in the issue of Artsakh. So, participation of observers and proper conduct of the referendum is not only important from the viewpoint of ensuring transparency of the electoral process that can successfully do, but from the point of view of the settlement process. It is hidden an important element of process of settlement of Artsakh problem, based on which we need to achieve a full return of Stepanakert in the negotiation format. 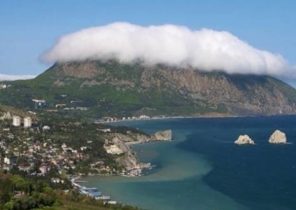