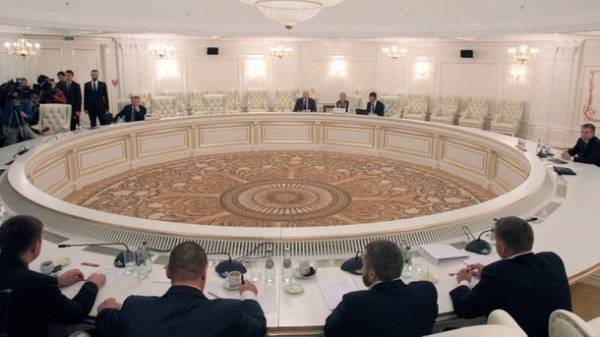 The Tripartite conference of the contact group on Saturday lasted about six hours and was initiated by the OSCE.

“The videoconference lasted six hours and was initiated by the OSCE. The reason for the emergency video conferencing is the growing cases of aggression and attacks on unarmed patrols Mission (SMM) of the OSCE, with the armed militants ORDO”, informed the Agency “Interfax-Ukraine” a source close to the OSCE and the Trilateral contact group.

According to the source, the conference reached an agreement on the admission of Ukrainian maintenance crews at the Donetsk filter station, damaged in the shelling by illegal armed groups.

“From the constructive moments that, sort of, sort of agreed to allow the Ukrainian maintenance crews at the Donetsk filter station. But when it happens is still unknown,” – said the source.

According to him, during the videoconference “very sharp questions were asked” about the inadmissibility of damages and attacks on vital infrastructure.

The source also said that during the teleconference, a question was raised about the return of the SMM OSCE drone, seized by members of the ORDO and demanded to investigate the incident.

However, according to the source, “representatives ORDO refused to give any information about the incident on the drone and return him.”

“…required to give not only the drone, but also stored information that is sensitive in nature, as can testify to attacks from ORDO,” – said the Agency interlocutor.

As the source noted, the attacks against the SMM, the OSCE has become more frequent now, “when discussing the question of increasing the possible number of observers and increasing the budget.”

“It is obvious that such aggression and the constant incidents of drones can cause a critical attitude to the position of members of the OSCE, because it is already the seventh case when the property, the drones suffer them shot down, taken away, and each drone costs hundreds of thousands of dollars”, – said the source.

As previously reported, on Saturday held an unscheduled video conference of the Trilateral contact group (TAG) with representatives of the OSCE SMM, the Joint center for control and coordination of questions of ceasefire (JCCC) and representatives of ORDA.

According to the head of the Special OSCE monitoring mission in Ukraine (OSCE SMM) Ertugrul Apakan, members of the “DNR” at gunpoint observers SMM, captured unmanned aerial vehicle (UAV) mission on Friday, February 24.

Members of illegal armed formations of certain areas of Luhansk region (ORLO) has committed an armed provocation against members of the Special OSCE monitoring mission by firing in their presence Saturday near the village of Ekaterinovka in Luhansk region.

On the morning of Friday, February 24, Deputy Prime Minister-Minister of regional development, construction and housing and utilities Gennady Zubko said about stopping the supply of the Town after being hit by a projectile in Donetsk filtration station during shelling by illegal armed groups. 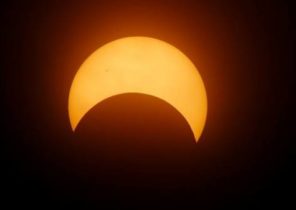