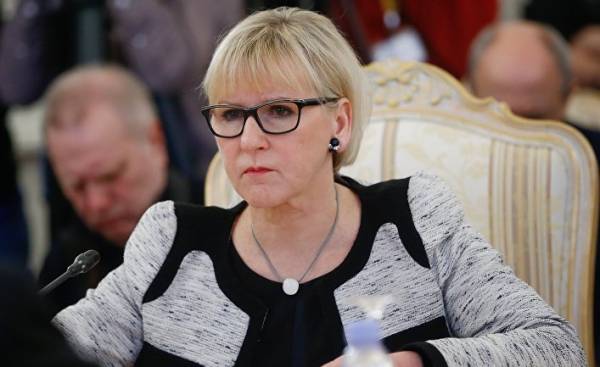 Anyone who has once been in a dysfunctional relationship knows that sometimes it does not matter what a person says and what he generally starts the conversation.

It is no secret that relations between Stockholm and Moscow, as relations between Russia and the West in General, has long been extremely cool. “Russian diplomacy is often a combination of charm and threats”, — wrote the correspondent of DN in Russia Anna-Lena Lauren (Anna-Lena Laurén) on Tuesday. She said the Minister of foreign Affairs Sergei Lavrov in his diplomacy can go from curses to kisses and Vice versa, which looks suspiciously like the description of the life side by side with a psychopath.

Russian diplomacy strives to make your opponent feel insecure. This also applies to Russia’s foreign policy in General. Hybrid warfare, spreading of rumors, false news, an army of hackers “little green men” and provocative military exercises — they are methods which neighbouring countries constantly faced in recent years. Moscow all the time increases the rate of false and contradictory information in order to create an atmosphere of uncertainty.

They want to create the impression that the Western democratic world order based on globalization and freedom, is outdated. In its place should come a model in which the world is divided into distinct areas of interest. Those countries that fall into the Russian sphere of interests should not control our destiny, especially in foreign policy. Someone who will stand in the way of Russia, will bomb, yet he did not obey.

The method works successfully, as evidenced by the fact that Russia managed to occupy Crimea, which it still completely controls the intensity of the fighting in the East of Ukraine and what the Kremlin now depends largely on the fate of Syria.

Russia has very largely ceased to be part of the civilized world, but that doesn’t mean the world should stop to chat with the Kremlin. Swedish-Russian relations is very time pulled out of the freezer: the Minister for foreign Affairs Margot Wallström (Margot Wallström) met with his counterpart Sergei Lavrov. We, the neighbors, too dependent on each other to abandon the talks at the highest level.

On the contrary, Wallström was really necessary to underline that Sweden and the EU speak the same language. Russia wants to split the Union and to bilateral relations with individual countries, and in such a relationship, Moscow will always remain the strongest party. In these circumstances, the EU is a must, especially countries that do not belong to NATO.

Worthy is regrettable that in the West there are politicians and leaders of public opinion who take Putin’s view of the world.

What Sweden and Finland do not participate in the military Alliance (NATO — approx. TRANS.), arranges Lavrov and his boss. It “strengthens security throughout the region,” said Russian foreign Minister. Absolutely correct from Margot Wallström was firmly declare that only the Sweden, and it alone, will determine its political line in security matters. It still does not open the door to NATO, and this was to be expected, though unfortunate. Especially given that the only alternative to date — a one-sided dependence on military aid to an increasingly unpredictable Washington.

Regarding Ukraine, it was important that Sweden will not retreat a single inch and reiterated that he supports the EU line. Russian attack and annexation of Crimea is unacceptable. “Disagreements on several foreign policy issues should not interfere with the progressive development of mutually beneficial trade-economic and humanitarian relations, the promotion of contacts between people,” said Sergei Lavrov, and in this he is partly right. But on the contrary, cooperation should not interfere with the world around them constantly remind about the Russian aggression and to protest against it.

Russian foreign Minister likes to talk about “Russophobia” as if a cooling in relations has occurred because of the General fear of the Western world to the Russian. This is a deliberate attempt to mislead and confuse. After the collapse of the Soviet Union, the relationship was good, friendly. Of course, the situation has changed not a sudden flash of fear of the Russian and new, openly aggressive stance of Moscow, attacked first in Georgia and then to Ukraine.

There is no military threat from the West for Russia. The idea that NATO would be no reason to attack Russian territory, is absurd. “Threat” is that Russia’s neighboring countries expressed a desire to move closer to the West. The Kremlin can’t accept their desire independence and want to prevent this at any cost. The fact that in the West there are politicians and leaders of public opinion who take Putin’s worldview deplorable.

Under Vladimir Putin the development has gone in a disastrous direction. In particular this affects the Russian opposition and human rights defenders. Even more important is that Margot Wallström during her visit met with representatives of Russian civil society. These courageous fighters for democracy need international support. 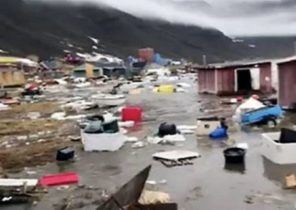