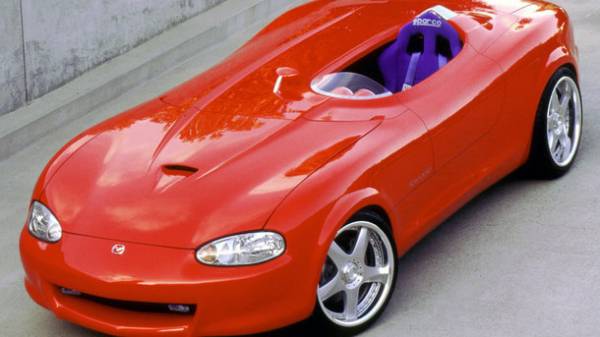 Mazda was founded in 1920 in Hiroshima, Yujiro Matsudai (in fact, the name was a Westernization of his name). Mazda produced the tools, parts, weapons, and in 1960 released his first Mazda R360. Since there are many very interesting models of the company – reports “Popular Mechanics”.

Mazda RX-500 (1970). Before 1970, models of the Mazda was fairly utilitarian, but the RX-500 has broken the volumetric flow of events — a powerful concept car with a 247-horsepower engine system, Wankel was a project to research the safety of vehicles when driving at high speeds. Today the car is on display at the transportation Museum in Hiroshima. 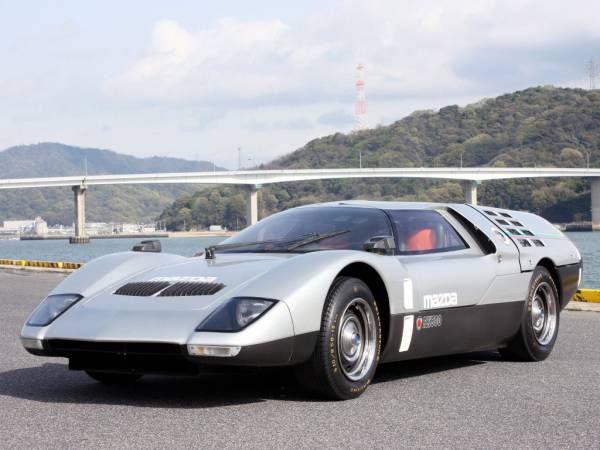 Mazda MX-81 Aria (1981). Futuristic concept car design Bertone. Mazda ordered the Italians design a prospective family car, when it’s giving carte Blanche to develop, and turned to Aria. The car was not steering as such — the machine is managed using tape-belt spanned by protruding control; the tape could pull in a clockwise or counter-clockwise. In the center was a screen with output options of the vehicle. 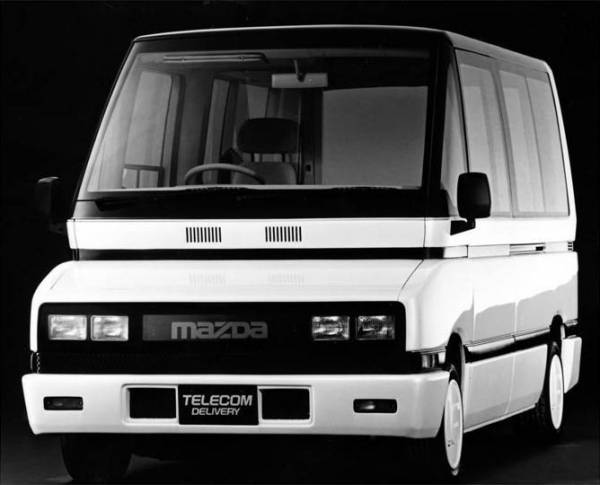 Mazda Telecom Delivery (1985). Compact minivan, unveiled at the Tokyo motor show in 1985, and completely “adapted” to the transportation of telecommunication equipment, for example, it could broadcast television and radio programs. Mazda not planning to serial production — it was more of a demonstration of the capabilities of the company. 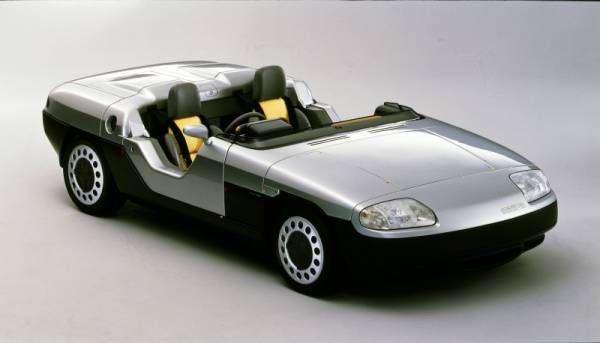 Mazda MX-04 (1987). Project of a modular vehicle, whose design could be changed by quickly replacing body panels. The photos below are two types of panels, namasivayam frame MX 04. 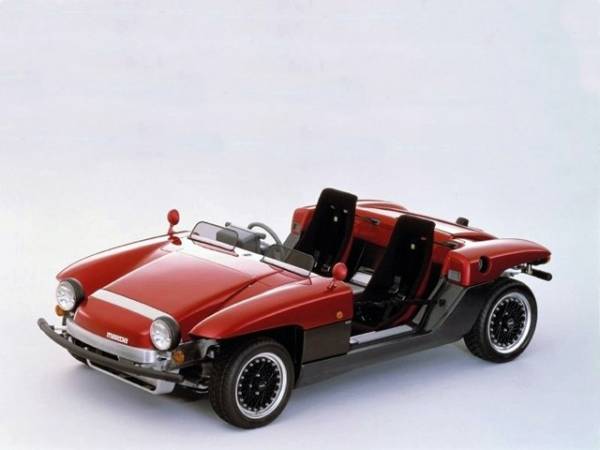 Mazda London Taxi (1993). A joint project of Mazda and the Royal College of art in London, the new London taxi. The concept was too futuristic, though, and met the requirements of the tender. 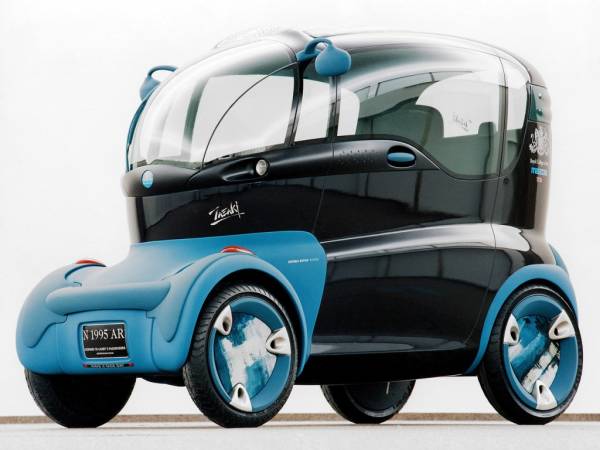 Mazda Miata Mono-Posto (1999). Single sports car on the basis of the MX-5. In principle, it was a design exercise, fun car for one person, not a planned statement on the pipeline. 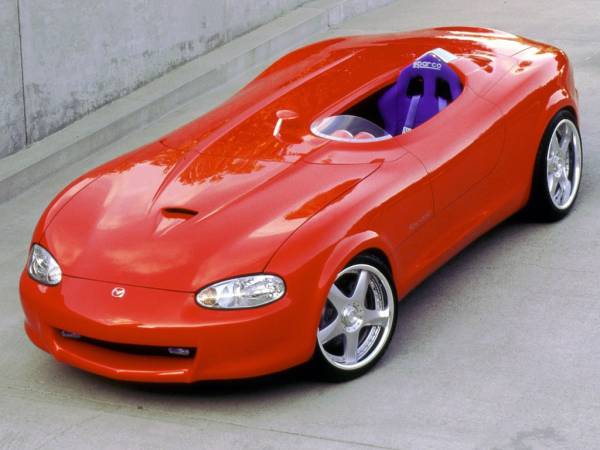 Mazda Secret Hideout (2001). The original concept of a family car, seats which are arranged in one big flat area. The name alludes to the fact that this machine can be used as a “secret hideout”. In fact, it’s more of a car for the picnic: you can open the wing doors, fold the seats and roll and enjoy the nature. 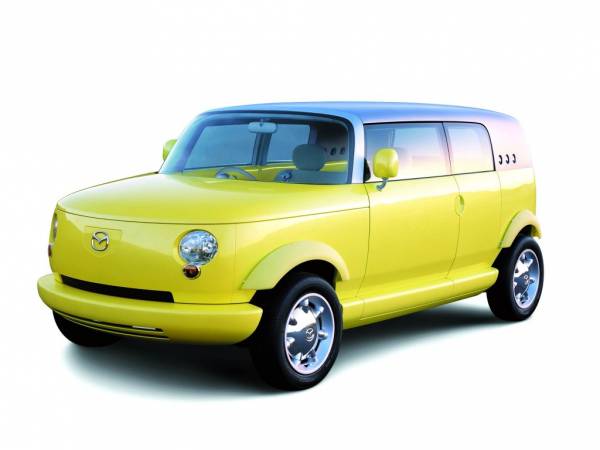 Mazda Cosmo 21 (2002). Mazda Cosmo, which began production in 1967 was the first model of the Mazda rotary engine Wankel. After 35 years at the Tokyo motor show the company presented a nostalgic concept car, takes us back to the classic design of the model. The basis for a “space fantasy” was the model MX-5. 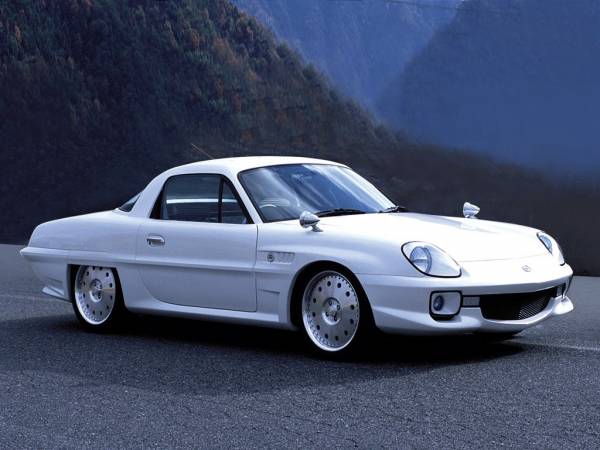 Mazda Nagare (2006). The word nagare means flow, and the eponymous concept car was Mazda’s attempt to play on the field fashionable “organic” design. Interestingly, neither at the time of presentation or later Mazda didn’t release any information about what power unit was equipped with concept despite the fact that the layout he, too, was not announced. So Nagare was running an instance or not, is debatable. 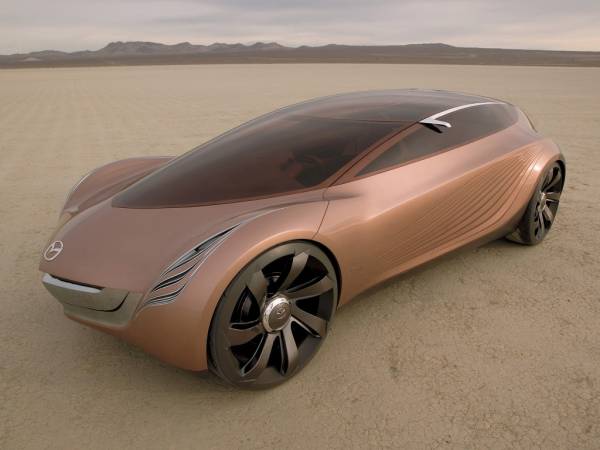 Mazda Taiki (2007). The fourth concept car in a futuristic series, which began Nagare. Unlike its predecessor, this car had a rotary Wankel engine. The drag coefficient of the car — an impressive 0.25. 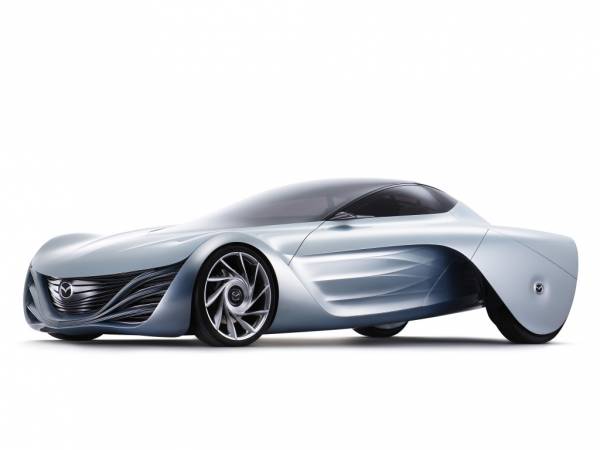