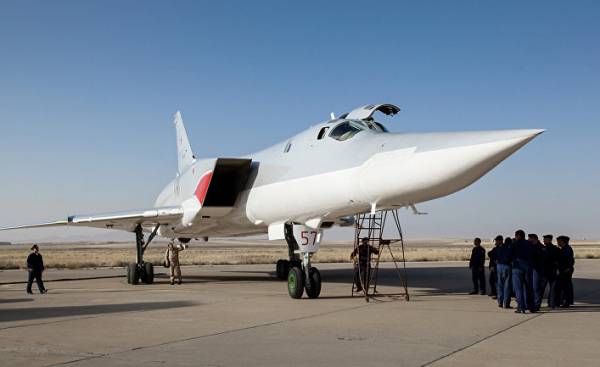 “All-Union health resort”? “Resort worldwide”? “Showcase” of Russia and “Russian world”? Sure! The transformation of Crimea into a military base that began two hundred years ago, but gained unprecedented speed after its annexation by Moscow, approached the final stage. Possible accommodation on the Peninsula of nuclear weapons will be the last step of the Kremlin towards the creation of an impregnable fortress — a private black sea “Gibraltar”. Will burn if Crimeans in the flames of nuclear war — Putin is not interested.

Talk about the fact that in the Crimea will host Russian nuclear weapons (NW), are quite long. The first sounded the alarm to Internet users. 24 Mar 2014 has published a number of photos uploaded to the Peninsula of military equipment to the comment anonymous Russian military:

However, it is obvious that SCS does not mean that the weapons themselves. The same publication on June 27, citing “internal channels” reported that “near the village. Guards (Simferopol) Ukrainian old nuclear waste warehouses, which are located opposite the Russian airfield, began to import and store nuclear warheads”. Other evidence of this was not, though, according to the Crimean expert Andrey Klimenko, “in Crimea since the Soviet Union has the infrastructure to host nuclear weapons”. The charges, in his opinion, can be placed on the aircraft, and ships, and, of course, the missiles stationed in Crimea.

At the September Board of the Ministry of defense of Russia Sergey Shoigu said about the need to deploy full forces on the Crimean direction, and about the possible deployment of “Iskander” in Crimea, said that such complexes can appear anywhere on the territory of Russia: “Where want, there and put!”.

In mid-October 2014 President Barack Obama received from Congress a letter signed by the head of Committee on Affairs of armed forces Howard McCone, in which the President informed that “at the beginning of August the Russian government adopted the decision on the transfer to the Crimea bombers Tu-22M3 and complexes “Iskander-M” that have the potential to strike precision cruise missiles R-500, including with nuclear warheads”.

November 11, the news Agency Reuters issued a statement of the commander of the NATO forces in Europe General Philip Breedlove that Russia throws in the Crimea means of delivering nuclear weapons, while stressing that the Alliance is unknown whether the Peninsula actually warheads.

At the end of the year, almost at the same time was made a few important statements. 15 Dec Sergei Lavrov just said that Russia has the right to deploy nuclear weapons where wish:

“Crimea was not a non-nuclear zone in an international legal sense, he was a part of Ukraine, which is a state not possessing nuclear weapons. Now the Crimea became part of the state, which in accordance with the Treaty on the nonproliferation of nuclear weapons has such weapons. The Russian state has in accordance with international law, every reason to dispose of their legitimate nuclear Arsenal according to their interests.”

However, two days later, state Department spokesman Victoria Nuland warned Russia about the appropriate consequences, if that will afford to place nuclear weapons in Crimea.

After that, the issue of nuclear weapons on the Peninsula has faded into the background, although from time to time continued to be made loud statements. So, on may 28, 2015, Alexander Turchinov said that the Ukrainian special services have information about the “systemic work conducted by the Russian Federation for placement on the temporarily occupied territory of the Autonomous Republic of Crimea offensive nuclear weapons”.

According to Mustafa Dzhemilev, of 16 December, he “it is known that they (the Russians) almost completely restored the nuclear repository in the tract Tashan near Yalta… imported to the Crimea and missiles capable of carrying nuclear weapons.”

Thus, despite the screaming headline, most likely in 2015, the invaders were limited to the restoration of the nuclear infrastructure on the Peninsula and the transfer of the means of delivery of nuclear weapons, but not the actual charges. Regarding next year, experts ‘ opinions divided.

So, in early August 2016 Chief Directorate of intelligence of the Ministry of defense of Ukraine Vadim Skibitsky said that everything you need to deploy nuclear weapons in Crimea, but the warheads while on the Peninsula is not delivered:

“Means of delivery of nuclear weapons now located on the territory of Crimea — on the airfields and the naval base of Sevastopol. It’s warships and submarines. The actual nuclear warheads are in the territory of the southern military district of the Russian Federation”.

But Mustafa Dzhemilev on 6 December stated that nuclear weapons in the Crimea is already there and even called his number:

“According to our data, on the Peninsula even delivered nuclear weapons. The information service of the Mejlis (banned in Russia organization — approx. ed.) have data brought six nuclear warheads”.

However, to confirm these figures in other sources failed. Moreover, the speaker of the Verkhovna Rada Andrei Parubiy at the meeting of the NATO parliamentary Assembly in Tbilisi on 29 may 2017 and could not be determined, there are nuclear weapons in the Crimea or not:

“Now Russia is conducting intensive militarization of the occupied Peninsula is illegal, placing there the latest models of weapons and military equipment. Including plans to place, and according to some has already placed nuclear offensive weapons”.

Naturally, the Federation Council member Frants Klintsevich denied the statement Parubiy made the supposedly “for the purpose of demonizing Russia”:

“We have no strategic or tactical reasons to place in Crimea nuclear weapons. Moreover, it is beyond elementary common sense: the Crimea — all-Russia health resort, and the issue of deployment of nuclear weapons is not discussed at any level”.

In the end, today we can say that on the Peninsula deployed carriers for all types of nuclear weapons: aircraft-Tu-22M3 in the guards missile cruiser “Moskva” in Sevastopol, ground missile complexes “Iskander-M” and onshore “Bastion”, and a fully prepared infrastructure for transportation and storage of nuclear warheads. Thus, the equipment of the carriers charges represents only a technical, but not a strategic problem.

However, it should be recognized that reliable data on the real presence of the actual warheads in the Crimea at the moment, although completely discard this option should not be.

But anyway, Crimea continues to be held hostage to nuclear blackmail of Russia, even if such weapons on the Peninsula. As recognized even in 2015, Vladimir Putin himself, he was willing to use the atomic bomb a year earlier, with the annexation of the Crimea, in case of conflict with Western countries. Where exactly was supposed to fall missiles, the Russian President did not elaborate, but since it was about the action on the Peninsula, to eliminate the possibility of attack on Crimea was not. Given the geographical characteristics of a single nuclear explosion would be for the Peninsula Apocalypse. But he played in the revival of the Empire and rising from its knees, Putin was ready to easily sacrifice the most Crimeans, to which he allegedly was in a hurry.

And that anybody did not have doubts, Russian MP Vyacheslav Nikonov security summit in Bratislava on 28 may 2017, said that Russia can go on the use of nuclear weapons in the event of putting NATO forces in the Crimea. As in the case of Putin, the fate of the inhabitants of the Peninsula, while this scenario was not even discussed.

Empire always easy to sacrifice your own citizens for the conservation area. And to turn the Crimea in the wilderness of Russia for two hundred years learned.

Only this time the desert was not atomic.