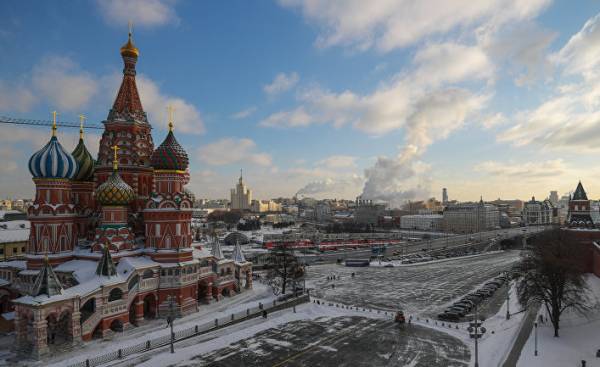 The Prince comes, he knows exactly what to do. First go to the icon. She exhibited in the middle of the Church at chest height, on the blade of Golden color, framed by composition of red, white and pink tulips. Hans-Georg Yurievsky baptized in the Russian Orthodox tradition. He puts together the thumb, index and middle finger, leads them first to the forehead, the abdomen, to the right and then to left shoulder. Kissing the icon and goes to the Crucifix. He kisses Jesus ‘ feet, thin lights the candle and puts it on the massive silver candlestick.

Yur closes his eyes, stands up straight, deep in thought, — a tall man in a striped suit, bright shirt, and with exquisite blue handkerchief around his neck. He just remembers another Prince Dmitry Romanov, a few weeks ago who passed away in Denmark. Yur attended his funeral, they were familiar.

It often happens in the Russian Orthodox Church. It is located in a small street close to the University quarter of Zurich. In the neighborhood — Russian kindergarten, on the contrary — a respectable old mansions. Three years ago he tied the knot. That day the priest put on him and his wife a gold crown. A short video about the event can be found on the Internet, and those who are not too familiar with the wedding ritual in Russian Orthodoxy, the ritual with the crown can push on a wrong idea. Because Yur is the great-grandson of Alexander II, he is the last living grandson of the Russian Tsar. However, the laying of the crown was a common symbol of a wedding.

Previously, he led IT companies, and now sells expensive real estate, including Russian

In Russia again began to remember the old Imperial times. Organize exhibitions, open new museums, plan a memorable celebration. Exactly one hundred years have passed since then, during the February revolution of 1917 the last Russian Tsar Nicholas II was forced to abdicate. And with it with the altar said goodbye one of the greatest European dynasties, who had kinship with the whole aristocracy of the continent.

More than 300 years, the Romanovs ruled in Russia, fought wars and expanded the Empire, made alliances and went through a period of rebellion. It was a time of poverty and restored grandeur, hunger, and generosity, elegant balls and grueling battle for land reform, a time of nationalism and piety. The Romanov dynasty embodied all the authoritarian power of the Empire, triumphs and tragedies. Then followed a century without Imperial power that began with the civil war and the birth of the Soviet Union, rejected the Church.

The descendants of the great of the Romanov family then scattered across Europe and even the world. 55-year-old Yur grew up in the Grisons. Being Swiss, he has a Russian long-term visa for 3 years.

Yur was a little more than 30 years, and young Russia — only 6 when in 1997, for the first time after disintegration of the USSR, in St. Petersburg was found 15 of the Romanov descendants. Historic family reunion. On the dusty attic summer residence of Tsar Yur saw again opened the door to a world of monarchs, one of the staff showed him the stack is not entered in the register of paintings, dozens of years had lain hidden from the human eye. One of them depicts Alexander II during his illness. When soon in the restored Church of the Savior on spilled Blood he was standing exactly on the spot where in 1881 killed his grandfather, his eyes flowed with tears. Everyone who was there, found this moment very touching. The glitter of the Imperial era, reflected in the memories. This is another reason why Yurievsky, Prince of Switzerland, so much tied to Russia.

He gave in the porcelain plates from the family cupboard, dug up in the St. Petersburg antique shops, old icons and gave them to the Russian Church, which he also helps with advice and donations. Yur is a member of the Board of Trustees of the European University in St. Petersburg. Their success, he is obliged, of course, not only its origin. For 18 years he was the head of IT companies, and now sells expensive real estate and art objects. Including the customers from Russia.

On his business card under the family crest curved letters written by the Prince & Princess George Yurievsky (Prince and Princess Yurievsky). “Pride is a very pretentious word,’ he says. — Certainly I’m much more likely to encounter with the past, I am well aware of my lineage.” Very good. On his left arm he wears a Golden signet ring, which by order of Yur struck the family coat of arms — Russian double-headed eagle of Alexander II and the neck of the Romanovs.

The Russian leadership is also mindful of its historic roots. And knows how to use them in the current difficult times, marking the anniversary of the revolution. After all, the revolutionaries of the past were heroes for decades, and more recently in Russia, the nostalgia for Soviet times; on the other hand, a revolution is not the that revel in their power, the Kremlin would now like to extol and to praise. Therefore, Moscow is trying to join the “best of stories” is a long — standing pride in tsarist Russia and nostalgia for the Soviet era. In any case, Moscow has found something suitable for a new patriotism.

In October, shortly before the death of Dmitry Romanov, the Chairman of the government Dmitry Medvedev awarded him the order of Alexander Nevsky. The Prime Minister reminded that the Romanovs several generations in a row were Russian and took a “very important state decisions.” For several centuries, they also provided the country kings. When in the New year at the age of 90 years died Romanov, the President of Russia Vladimir Putin sent his widow a special telegram. He called Romanov “a real patriot of Russia”, which throughout his life “kept indissoluble spiritual link with the Motherland”.

The Russian government liked Romanov summer visit to annexed Crimea, as well as his pretentious phrase during the ceremony in Simferopol airport about how hard him being here, to talk about their emotions. And that it is simply not interested in “what they say in the world.” Hans-Georg Yurievsky argues in a similar way. He says that “historically, Crimea was Russian.” But from the point of view of international law, now it belongs to Ukraine.

Russia for him is a kind of obligation, a kind of the subject of boredom. Yur, who considers himself a religious man, love for the homeland of his famous ancestors, but the Russian language, he speaks only at the primary level, though, and tried three times to start his intensive study. Since then, the West has imposed sanctions, his visits to Russia have become much shorter. Two to three months of stay in the country a year turned into two or three weeks. Well noticeable his irritation on this occasion. The imposition of sanctions had an impact on his business as just one person, then another client is not allowed to enter Europe to inspect the property, or block their account. He says, suppressing a strong sense of resentment: “I’m sorry that neutral Switzerland, participating in the sanctions policy of the European Union, lacked hardness”.

Does he keeps much of Russian heritage, so much of Russia that feels obliged to justify the policy of this country? Yes, I think. Two years ago, Yuriev was one of the first signatories of the appeal to the leaders of Europe, princes and other aristocrats. The treatment was called “Solidarity with Russia in the hour of the Ukrainian tragedy”. Yur justify the annexation of Crimea — “fast and professional acceptance by Russia of decisive action”. And when the counter-argument lead Russia violated international law, he irritably asks, and when the US adhere to international law.

Of course, there was something not like even the great-grandson of Tsar Alexander II. The fact that many Russians nostalgic for Soviet Union, and the hammer and sickle on a red background again extremely popular, Yur else can understand. Although, in the end, this character exalts those who once got rid of the monarchy. “Not so easy to erase 70 years, he says. — Because many Russians raised the Soviet parents.” But all this new-fangled hype around the dictator Stalin, who is now becoming increasingly popular, and very unpleasant. “In the history of Stalin appears before us in a false, too-positive way.”

In Russia will celebrate in 2017, is rich on historical events, it is still unclear, although it is a long time to come. Still have about ten days and will end on the century of the February revolution. Certainly, on this occasion, will arrange a celebration, for example, in Ekaterinburg and St. Petersburg. But to arrange them to be in Church, museums, foundations. Will there be an official celebration in 1998 is unclear.

Yur suspects that, probably, nothing like to not be. “I have the impression that in Russia it is rather easy to react to this event,” he says. Putin knows he can give credit to the page from the history of the Romanov dynasty, the head of a great power and dignity. But the President is not a romantic, he knows for sure: not typed, and 10% of Russians, who wished a return of the monarchy. 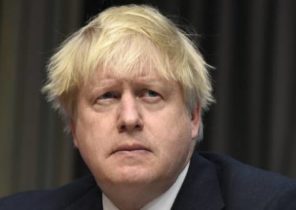