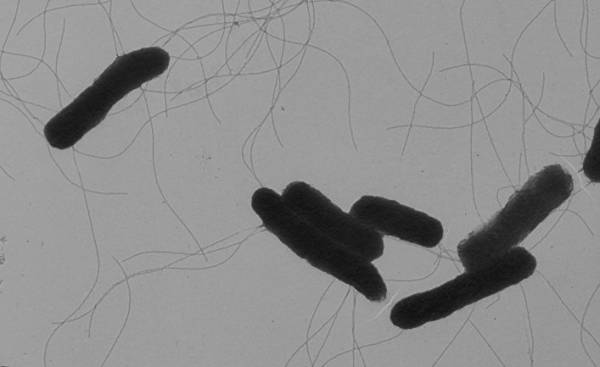 The worst epidemic in human history that occurred in the XVI century and destroyed the indigenous population of Mexico may have been caused by imported from Europe, a deadly form of the bacteria Salmonella. Such an assumption is contained in several scientific papers.

In one study, scientists say that they managed to recover DNA that enteric bacteria from graves in Mexico related to the epidemic of 1540-ies, which killed up to 80% of the local population. The group of specialists reported on the results of their work in pre-publishing, posted February 8, server bioRxiv.

Perhaps this is the first genetic evidence for the existence of the pathogen that caused significant reductions in the native population after European colonization, says Hannes Schroeder (Hannes Schroeder), a researcher of ancient DNA and the Museum of natural history in Copenhagen (Denmark), who did not participate in the ongoing work. “This is very exciting research,” he said.

In 1519, when the armed forces under the command of Conquistador hernán cortés (Hernando Cortés) arrived in Mexico, the local population, in accordance with existing estimated 25 million people. A century later, after the victory of the Spaniards and a series of epidemics, it was reduced approximately to one million. The biggest disease has become cocoliztli (cocoliztli, the word “plague” in the Aztec language Nahuatl). Cocoliztli two epidemics in 1545 and 1576 caused the death of 7 to 18 million people in the mountainous areas of Mexico.

“In large cities were dug large ditches, and the priests from morning to sunset was doing just that dragged the bodies of dead people and throwing them in pit latrines,” said one of the Franciscan historian, who witnessed the epidemic in 1576.

Consensus about the causes cocoliztli does not exist, and there are also options associated with measles, smallpox and typhus. In 2002, researchers at the National Autonomous University of Mexico in Mexico city suggested that the cause of death could be haemorrhagic viral disease, compounded by a catastrophic drought. They compared the scale of the outbreak in 1545 the epidemic of “black death” in the XIV century in Europe.

To address this question a team of specialists under the leadership paleogenetic Johannes Krause (Johannes Krause) located in the German city of Jena, Institute for human development max Planck Society has extracted and sequenced DNA from the teeth of 29 people buried in the mountainous area of Oaxaca in southern Mexico. With the exception of 5 cases, all were associated with cocoliztli, and researchers attribute them to the period between the year 1545 and 1550.

Ancient DNA samples extracted from the remains of some of the people coincided with DNA of Salmonella, and these findings were made on the basis of a comparison with a database containing more than 2700 modern bacterial genomes.

Further sequencing of short and damaged DNA fragments extracted from remains of people, allowed this team of researchers to reconstruct two of the genome of strain Salmonella enterica (Salmonella enterica), known as paratyphi (Paratiphi C). Today, these bacteria cause an intestinal infection similar to typhoid, a disease that occurs mostly in developing countries. If you do not apply the treatment, causing the deaths of 10-15% of infected people.

It is quite possible that this bacterium was the cause of the epidemic, says Schroeder. “This is, in fact, a convincing explanation,” he added.

However, Maria Avila-Arcos (María Ávila-Arcos), a specialist in evolutionary genetics, National Autonomous University of Mexico, of a different opinion. According to her, some people believe that the virus was the cause cocoliztli, but this option was not included in the method that was used by this team of researchers

The question of origin

The assumption Krause and his colleagues was supported by another study published in bioRxiv last week. It says that the bacterium Salmonella paratyphi C may have been introduced to Mexico from Europe. Specialists under the leadership of Mark Actman (Mark Achtman), microbiologist from the University of Warwick in Coventry (University of Warwick) were able to extract and sequence the genome of the bacterial strain from the remains of a young woman buried around the year 1200 in the cemetery in the Norwegian city of Trondheim. This is the earliest evidence of the now rare bacterial strain of Salmonella, and evidence that it spread across Europe, highlighted in this study (Representatives of both groups declined to comment on the results of their research, as their materials are submitted to other journals for review by experts).

“Actually, we would like to look at both of these strain,” says Hendrik Polnar (Hendrik Poinar), an evolutionary biologist from the canadian McMaster University (McMaster University) in Hamilton. And if still more ancient genomes will be assembled in Europe and in the Americas, then we can make more solid conclusions about whether such deadly pathogens as Salmonella, were brought to the New world from Europe.

The existence of the bacteria Salmonella With paratyphi in Norway for 300 years before Mexico does not prove that the Europeans were infected by intestinal infection of indigenous Mexicans, however, this hypothesis seems reasonable, says Schroeder. A small percentage of people infected with the bacterium Salmonella paratyphi, could be carriers of this bacteria, having no visible signs of disease, that is healthy in appearance, the Spaniards, obviously, could infect Mexicans, deprived of their natural resistance.

ParaType With the bacterium is transmitted via the fecal substance, and the destruction of social order during the Spanish conquest, might have led to the deterioration of sanitary conditions that contributed to the spread of Salmonella, emphasize Krause and his colleagues in their report.

In the study by Krause proposed the scheme for identification of pathogens in ancient epidemics, says Schroeder. His own team is planning to search for pathogens in the tombs of the Caribbean, which may be associated with catastrophic consequences epidemics which have arisen after the arrival of Europeans. “The idea that some of them may have been caused by Salmonella, it now appears quite likely,” he says.