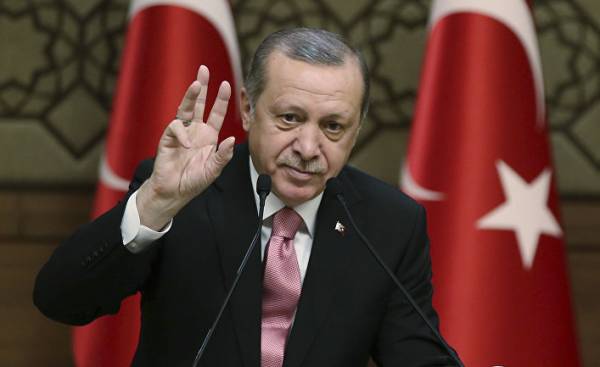 Coordination of the positions of Turkey and Russia in security issues has been going for many years, however, Turkey had not used the information provided by Russia until recently, until she became an obvious target for ISIS (organization banned in Russia — ed.).

In the last few months Turkey has stepped up surveillance of Russian-speaking representatives of the Muslim community after a series of attacks in which Ankara has accused the group “Islamic state”. This situation illustrates an example of an updated relations between Ankara and Moscow.

Russian Muslims living in Turkey in their interviews say that the Turkish police conducted raids in the houses of Russian-speaking immigrants in Istanbul. Many were arrested, some deported from the country. It is also known that some of those of interest to the Turkish authorities, were supporters of radical Islamist movements.

Such cooperation in the security sphere is evidence of the exchange of intelligence between Russia and Turkey in the framework of the newly updated Alliance agreements, which are also part of the peace agreement on Syria.

Cooperation between countries is taking place at a time when Russia is increasing its influence in Syria in the vacuum left after the departure of the previous US administration. Added to this is her desire to actively participate in the actions in Ukraine and the desire to expand its zone of influence in the middle East.

Cases of arrests of immigrants indicate a change in policy of Turkey, which has long been hospitable to Muslims fleeing from persecution in their countries, and Russia was among these States. For example, in Turkey migrated many of those who fought in the North Caucasus.

Mohammed Saeed Isayev, a Muslim who moved to Istanbul from the North Caucasus three years ago, said in an interview that “there are about 10 of my friends is in jail.”

He also added that most of your stay in Turkey had no problems with the authorities. However, due to constant arrests, he no longer feels safe, despite the fact that he is not in any way harm Turkish citizens.

Turkey faces criticism from some of its Western allies due to the fact that that was in no hurry to take measures to stop the flow of foreign fighters who crossed the border of Turkey with the aim of joining Islamic state in Syria and Iraq in the first years of his lift.

However, Turkey rejects this criticism, saying that the organization of such operations to intercept militants required a more active exchange of intelligence between allied countries. Soon, border control was tightened, and in August of last year, Turkey launched a military campaign in Syria, whose aim was to oust ISIL militants from Turkish territories.

In a recent series of attacks carried out by Islamic State in Turkey, the responsibility was given to the Russian-speaking terrorists.

In June in the Ataturk airport in Istanbul was committed by suicide attacks, which killed 45 people. Police detained two suspects, both natives of the North Caucasus.

New year’s eve in a nightclub in Istanbul was attacked, which killed 39 people. In the attack were charged with native of Uzbekistan.

Abdul Alim of Maksutov, a Muslim activist from Russia living in Istanbul for several years, commented the situation as follows: “Turkey welcome people coming from countries of the former Soviet Union. We have long been accustomed to move to Turkey because of the pressure on religious grounds, provided in our countries…Attacks ruin that reputation.”

Turkey provided Muslims from Russia asylum since the XIX century, after the Russian conquest of the North Caucasus region, where most of the population professed Islam. A large flow of immigrants flooded in result of the Chechen wars, and also in connection with permanent counter — terrorist operations in the South of Russia that continues to this day.

According to a source in the Turkish security forces, following recent attacks have increased the number of operations in areas inhabited by foreigners, among whom may be hiding militants.

The source noted that “the operation is not limited to specific areas of Istanbul, but included the territory of the whole city. They were connected to search of aliens without necessary documents, passports or ID (ID ed.). We fight crime wherever it exists”.

A source in the Russian security services said that Moscow within two or three years has provided Ankara lists of those suspected of Islamism, however, do use this information Turkey began only after the recent attacks, when under threat the actions of terrorists.

25-year-old woman, a native of Dagestan, said that she lives in Turkey for three years, and her family had no problems until October last year.

Her family purchased in Turkey real estate, ensure that immigration documents were in order, and her brother, being a professional wrestler, in favor of Turkish team.

In October last year during anti-terrorism RAID, the police broke into the apartment of her family.

In an interview with Reuters, she asked me not to tell his name, because, according to her, doesn’t want to endanger his family members.

She told me that she had to spend a few days at the police station along with other female relatives and four children, along with them was her neighbor and her three children.

Detainees were transferred to the headquarters of police in Istanbul and most of the women and children of her family and the family of a neighbor, he was released only after two weeks. However, her father, brother, cousin’s wife and 10-month-old nephew remains in custody, despite the fact that they were not charged with any crime.

Ali Evteev, mufti of the former Russian, who currently lives in Istanbul, which often arrests, not for criminal prosecution, but in order to show visitors what’s more they are not welcome here.

In the end, he added: “Turkey does not grant them a residence permit. Of the remaining options is to go to jail, to appeal this decision or to leave.”