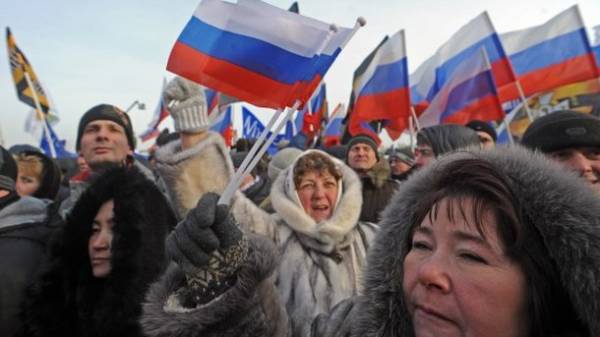 In Russia conducted a survey among urban and rural population, which in most cases acknowledged that Russia emerged from Kievan Rus, and not after the creation of the Moscow Kingdom. A survey conducted by “Levada Center”.

The Russians were asked the question, what is the date, age, event starts the history of Russia. So, the majority of respondents (26%) believe that it all began with the Kievan Rus (appeared in 882). And only 2% believe that the history of the origins of the Russian state originated since the creation of Muscovy (formed in 1547).

There were also those who believed (2%) beginning of Russian history since the election of Vladimir Putin as President of Russia.

Among other variants: 12% felt that since the baptism of Russia, 7% – since the emergence of the Russian principalities, 5% – from the time of Peter I.