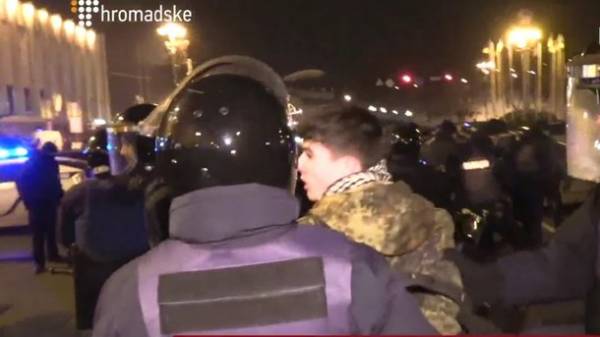 The protesters ended the protest on Bankova street and Instytutska in Kiev. This is reported by “Ukrainian news”.

It is reported that after unsuccessful attempt to set up a tent near the presidential Administration and scuffles with the police, the activists demanding from President Petro Poroshenko to support the blockade of uncontrolled territories, left Bankova street and Instytutska street.

Some of them, in particular the organizers of the Verkhovna Rada deputies from the “Association “Self-help” Yegor Sobolev, semen Semenchenko, has moved to the Maidan Nezalezhnosti.