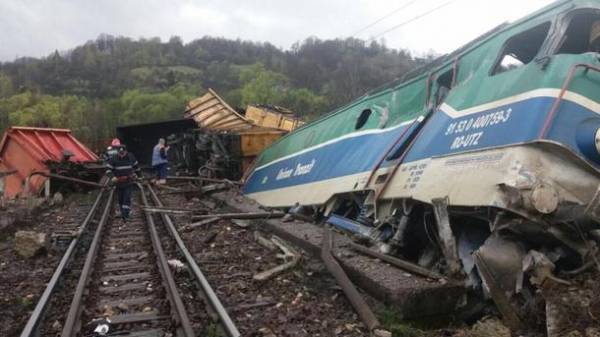 In Western Romania, on the bridge derailed a cargo train, killing two driver, according to local authorities, informs ZN.

According to the PJSC “Romanian Railways”, derailed 14 of the 16 carriages of the train, and some of the cars hung over the edge of the bridge. In a statement the company said that the cause of the accident, presumably, could be a defect in the brakes of the train.

The press-Secretary of police Bogdan Nitu said that after the accident, the railway traffic was blocked in Petrosani near the valley of JIU. He said that the Ministry of transport is investigating the cause of the accident.

We will remind, in Moscow, the train collided with the train.