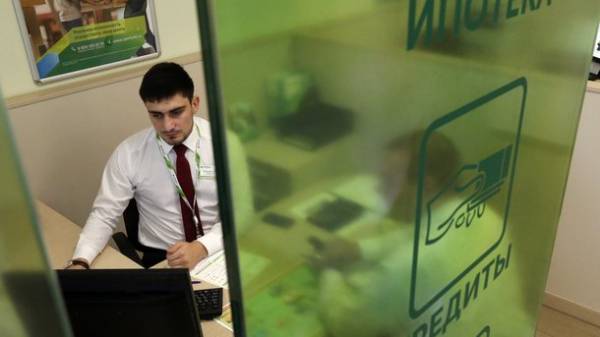 January — month post-holiday lull, when employers are not very active. At the beginning of 2017 they are traditionally published fewer vacancies than in November-December 2016, the experts of the expert-analytical center of HeadHunter Ukraine.

“Also on the personnel policies of the companies affected by the minimum wage law. Since January 2017 it is 3200 UAH, employers had to revise the budgets of salaries to 2017 and to temporarily suspend the recruitment” — explains the head of the center Ekaterina Mashchenko.

HR Analytics provider Smart Solutions point out, on the contrary, the increase in job offers.

“Over the past two months, from December to February, the number of vacancies increased by 20%. This figure is slightly above the data a year ago was 15%, — said the Director of Smart Solutions Tatiana nikitivich. — The majority of employers have increased their budgets for recruitment this year compared with 2016, planning the expansion of the state”.

The number of unemployed decreased by 16%, in turn, informs the state service of employment, 26% decreased the number of dropouts in comparison with January of 2016. 48% became more vacancies in the database of the employment service and the average salary now stands at 3900 UAH, which is almost two times more than last year.

WHERE TO LOOK FOR WORK. The richest in jobs in January was sales, IT, marketing, and banking and administrative staff. The smallest number of vacancies were in the areas of raw material extraction, civil service and domestic staff. More job seekers are concentrated in sales, IT sector, early in his career, accounting and production. Much less replenished summary in the sections “installation and service”, “insurance”, “services” and “automotive business”.

“In General, the activity of candidates was significantly higher than employers, which led to increased competition. November-December 2016 until January 2017 hh.index (the ratio of the resume to number of vacancies) increased from 2.8 to 3.1: for the one vacancy on average claimed three people” — said Mashchenko.

Like months earlier, the highest competition was among the top managers, lawyers, civil servants, students and professionals with no experience and highly qualified specialists manufacturing disciplines. Much harder to find applicants for the positions of sales managers, managers of travel agencies, employees of consulting companies, employees in the automotive business and personnel transportation.

THE NEW REMUNERATION POLICY. According to the survey of employers, two-thirds of the companies at the end of 2016, increased the salaries of its employees, according to HeadHunter specialists. In most cases, the amount of the allowance in local currency amounted to 10-15% and is not compensated for the loss from inflation in 2016 In each of the sixth company gave you a raise only valuable experts. Indexation with reference to the current dollar exchange rate happened in no more than 5% of the companies. “Of course, the rising dollar affect the salary expectations of candidates, but employers do not respond to the request. Requirements for candidates are high, the budget for salaries of the company do not deviate. Therefore, the cases when the candidate suddenly refuses the offer, — says Tatiana nikitivich. — If employers do increase, mainly due to bonuses. Thus, the demand for employees who are ready for constant retraining”.

“MINIMAL-3200”. Recent advice from the Prime Minister Volodymyr Groysman gave to the positive statistics on the results of innovation.

“February and March will clearly show that we have an increasing number of entrepreneurs, minimum wage, average wage despite the fact that prices will remain within seasonal fluctuations without any additional inflationary processes,” — said the head of the Cabinet.

In the first month of the new wages is inflation is still noticeable, says Dmytro Boyarchuk, Executive Director of the Center for social and economic research CASE-Ukraine.

“The growth of prices in January were slightly higher than expected, but we cannot say that it is because of the growth of the minimal salary — were still currency fluctuations, he explains. I think after 3-4 month increase azstandart will be more obvious: the income of the Pension Fund, the consumer attitude of the Ukrainians, the level of unemployment.”

Although, according to experts, it is not all easy: we have decided not to lay people off in the open, and to translate them on a supposedly part-time employment.

Reflected the increase of the minimal salary and ordinary employees. “We had to fire one employee, one is me,” says the farmer from Tripoli Alex. “In fact, the minimal salary rise did not affect real income, but increased tax burden. Therefore, when deciding to work now priority to those who agree to work unofficially” — anonymous told us the owner of the company from Kyiv oblast Boris. “This domestic surveillance, and seeing that only occurs in your environment, it is impossible to understand whether large-scale phenomenon,” — says Boyarchuk. Emerged in the population of another claim: if you raised the salaries, it’s time to index the pensions. But they should not do that, says Boyarchuk: “Wages have risen to fill the Pension Fund. And if payments will increase, meaning increase of the minimal salary is lost. Only push for inflation.”