But it is unlikely that Putin will fall into the trap of Obama. Although Russia will be forced to respond to his action, still President Putin knows that just a couple of weeks in the White house will move a President sympathetic to Russia.

Even if Russia in response and send American diplomats, it is unlikely that Putin will do something that can seriously worsen relations between the two superpowers. Not when he has a great chance to work together with US, instead of against each other.

And especially not in a situation when Russia has achieved important international success, according to the news of the peace talks that must now begin between the Syrian regime and the rebels. Without any involvement of the UN or the United States.

What Putin is, in fact, want to — so it is usedongreater role of Russia in the international arena and the cessation of NATO enlargement into the territory of Russian interests.

With Trump in the White house his chances of achieving these goals has increased. Would benefit Clinton, they would be equal to zero.

The number of expelled Russian diplomats is the most significant event since the cold war, when there was still a Soviet Union controlled the Communist party. Then, the United States and Russia were bitter ideological enemies.

Today, the subject of the war rather Russia’s ambitions for winning back part of its great power status, and it will not stand up for in order to change borders by force the rest of Europe. What neither the EU nor President Obama would not tolerate.

Blow to Obama’s Russia was expected. Others will follow, although not all of them will be made public. Obama knows that he must act before the trump will move into the White house.

Trump denies the information that the Russians tried to influence the election in favor of a billionaire, and calls it “ridiculous”. After the inauguration on 20 January, it is unlikely that he will first rush to take some measures against Russia.

Instead, trump has made it clear that it intends to work together with Vladimir Putin and perhaps even the Syrian President Assad to “beat the shit out of ISIS”. To defeat the terrorist group — the main goal.

He doesn’t want to do anything that could draw attention to the hacker break-in Russia Democratic party of the USA or other Russian actions, contributed to the victory of the trump in the election.

All US intelligence agencies claim that Russia was trying to control the outcome of the election, and Obama can’t just leave it. Such a superpower like the US, can silently swallow the fact that other power and a major competitor for power in the world intervenes in the American democratic process.

But, of course, in addition to Obama’s decision to send 35 Russian diplomats have the intention to stop Trump and Putin have become too good friends.

These measures he is forcing his successor to take the position on new sanctions against Russia. If he’s going to be Putin’s friend, you will need to lift the sanctions, which, of course, looks not very good, because with Obama’s decision are the 17 us intelligence.

Obama and many with him — afraid that trump will withdraw economic sanctions against Russia, which were imposed as punishment for the fact that the Kremlin annexed the Crimea and invaded Eastern Ukraine. Trump hinted that he may assume that the Crimea will remain in Russia, if it will contribute to the establishment of relations between Russia and the United States.

Obama’s decision is a very telling sign, but in fact will not play a big role. None of the measures will not impact seriously on the Russian economy or its policy.

But they first will complicate the Trump rule. Just as both Obama’s decision to stop almost all oil and gas production outside of the Arctic and not to veto a UN security Council resolution condemning the construction of Israeli housing in the occupied territories.

Respect and good relations between the two politicians that had prevailed during the visit trump to Obama immediately after the election, definitely, disappeared. 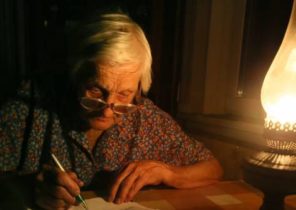 Russia is ready to pay off with debts of the USSR