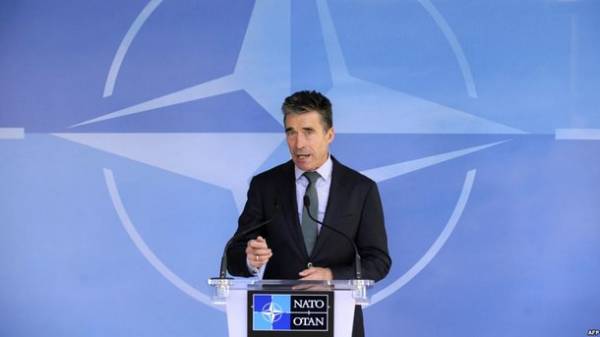 The real star of the second day of the Munich security conference became Vice-President Mike Pence. His arrival European leaders were waiting for the most. Was hoping the Pens bring encouraging assurances from the ocean on the commitment of States to the transatlantic partnership and Europe’s support, since all I heard pre-election slogans of Donald trump that the Alliance is outdated. Speaking at the conference, Mike Pence gave trump’s words of strong support for NATO States. But, in the usual trump’s manner of carrots and sticks, Pens immediately recalled the commitments of the member countries of the Alliance. We are talking about the amount of mandatory defense spending to 2% of GDP, which regularly pay while only five of the countries-participants of NATO. About Russia Vice-President said that the new Administration will continue to look for joint common ground with the Kremlin. At the same time, States will continue to exert pressure on Russia in the matter of implementation of the Minsk Agreements. And, according to Petro Poroshenko, who yesterday face to face spoke with Mike Pence, no deals with Moscow on Ukraine behind Ukraine itself will not. But enough vague is the fate of themselves the Minsk agreements, which Russia did not even think to do. At the same time, NATO could help Ukraine, but it will cause even more aggression. Former NATO Secretary General Anders Fogh Rasmussen believes that to help Ukraine set in the Donbas, a stable ceasefire would the UN and the OSCE. But, again, everything depends on the consent of Russia. In an interview with “Today,” former Secretary General of Alliance told, what to expect from trump, why Europe complains about the new American President, and what was the reason of the recent escalation of fighting in Avdeevka.

– This year at the Munich conference were talking about, and is there life after the election trump President of the United States? European leaders so afraid of trump, or afraid of his unpredictability?

– First of all, let me remind you that just before the us elections, I published a book called “Desire to control” (“Thewilltolead”) where I outlined that we need a global American leadership. After reading, you will understand that I didn’t finish it with the victory of Mr. trump. But now he is the elected leader of the most powerful countries in the world. So now we have to deal with. We need to learn from the best. And actually I can’t take seriously when I hear and see how European leaders asking all these questions, expressing dissatisfaction with trump. Because for many years the Europeans were free “horsemen”, they perceived transatlantic cooperation for granted. They thought that Americans would always solve all the problems that they will Finance the necessary military issues, and will provide economic assistance in case of need. But now the Europeans have to rethink all this, the Europeans should see how they like Europeans can invest more politically and economically in transatlantic cooperation. And actually, I think it would be helpful discussion how and in what time frame, to start investing more in their own security. We’ve learned that the Americans always come and help if we need it. Now is the time to do more on their own. And economically we are accustomed to the free trade zone, etc. But now Mr. trump has put this into question. I think in the long term can be very dangerous. But, again, Europeans must rethink their relations with the United States. And in fact, I believe that we should not consider it as a threat and have to take the chance of further development of transatlantic cooperation.

– Do you believe in such popular today, the “bigdeal” between Russia and the United States?

– Of course, the unpredictability and uncertainty – a feature of today. Because we never know what trump can write in your Twitter tomorrow. But, again, I don’t think this is a real risk. First, I think that the summit of the USA-Russia will not take place before or after the NATO summit in may. At the NATO summit you can be sure we will hear that transatlantic cooperation is strong, that the United States is steadfast in its values, and NATO is the cornerstone that must be followed. And based on that trump can negotiate with Putin from a position of unity and strength.

– How You think, whether Russia understands and responds to the actions of NATO? From the head of the Russian foreign Minister Sergey Lavrov, we heard that the Kremlin sees NATO’s actions as aggression. And they respond to this increase in missile power, for example, in Kaliningrad. It looks like a new arms race.

– I agree. I do not understand Russia’s reaction to all this. In 1991-92, the year when ended the “cold war,” we perceive Russia as a partner. And we’ve done a lot to include Russia in our bezopasnostyu structure. In 1997 we signed the “Founding act Russia-NATO” on cooperation. And actually, we allowed Russia to open its permanent office in Brussels, something like the Russian Embassy, inside the headquarters of NATO, as a measure to strengthen confidence. In 2002, we took further steps, we have created a Council Russia-NATO. In 2010 at the summit Russia-NATO, we decided to develop what we call strategic cooperation between Russia and NATO. All this time we have seen Russia as a partner. But we saw that Russia attacked Georgia in 2008, invaded Ukraine in 2014. Therefore, we must realize that Russia is not a partner. And the steps we have taken, defensive. They are not offensive, they are not directed against Russia, but they are directed to fix our ability to protect ourselves if someone attacks us. That’s why I don’t understand the reaction of Russia.

– If we are talking about Europe, indeed, Russia is waging a hybrid war. In Ukraine, the Kremlin is waging a full-scale war with elements of hybridity, so to speak. The bill went to more than 10 thousand dead, and this is only according to official statistics. Do you think Europe and the United States understand this, they are helping Ukraine to defeat Russia in the war?

– I think we need to do much more. Because it’s maybe even more important than the use of military power. Because this is an information war. And we saw how Russia tries to interfere (in the Affairs of the EU – Ed.) after the elections in Western countries. And now we are on the threshold of elections in the Netherlands, France, Germany, perhaps also in Italy… So it will be extremely dangerous if we allow Russia to continue to meddle. I think we should attempt to prevent the Russian disinformation campaign that attempts to promote “fake” news. In fact we went back during the “cold war” with calls to “free Europe”, etc.

Many attributed the escalation of military action in Avdiivka from the first phone call trump with Putin. That way, the Kremlin UPS the ante.

We don’t know who’s behind this. Of course, they could do: go to the escalation, in order to improve their bargaining position. But, on the other hand, I also believe that they httputility their good relationship with trump. Developments in Washington could change these wrongs in Moscow, because Putin now understands that it is easy to establish good relations with the new Administration to be not so simple. So he (Putin – Ed.) could change their calculations (and to go to the escalation – Ed.).

– You believe that this year, finally, Russia will fulfill its part of the Minsk agreement?

– I can only hope. But I think we need clarity on the Road map under the Minsk agreements. Now it is unclear when and how Ukraine can recover full control over its Eastern border. So I think it needs to be clarified. I also think that we should make this a key point in the Minsk agreements – Ukraine should regain full control over its Eastern border. And of course you need to follow the steps in this direction: it may be an international force that will take control of the border.

– NATO will help us?

– Of course, but I am sure that Russia will be against it. Therefore, it can be the UN or the OSCE. But I still believe, and this should be our main goal – Ukraine should regain full control over its Eastern border. That also would include the withdrawal of all Russian troops from the Donbass, all the equipment and weapons. And only after the withdrawal of Russian troops and equipment, and resumption of control over the border you may have selections. 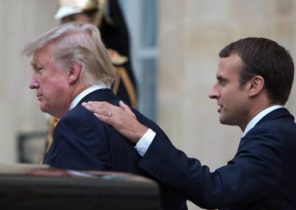 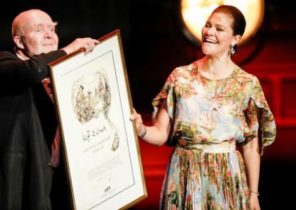