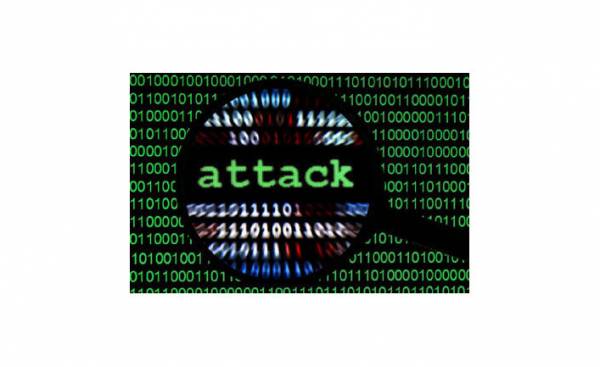 Emmanuel macron and intelligence sources are concerned about possible cyber attacks Russia during the presidential election. Eric Delbecq believes that we must pragmatically adapt to the situation, and not to demonize Russia.

Ghost of the Russian cyber attacks begins to soar over the presidential election in France. Some observers and journalists write about the anxiety that has taken hold of the intelligence service. The Kremlin may try to hold an information offensive like that was the focus of Democrats and the American media during the election campaign, which ended with the victory of Donald trump.

But in principle, what to expect? Manipulation based on psychological operations and the impact on perception. In other words, we are talking about the disclosure of information or the formation of social networks of threads that play into the hands of one or the other candidate and undermine the reputation of others.

Again, in this case we are not dealing with cyber attacks to strike at the foundations of digital systems and with the classical attempt to spread misinformation. Anyway, you need to be very careful with the way national politicians can use the constant criticism of Putin’s strategy of intervention in the political dynamics of Western democracies. In addition, there can be noted a few other important points.

First of all, there is nothing really new! Changed only sphere of such operations: cyberspace. Those who shout that Moscow is practicing a new type of intervention in the internal Affairs of other Nations, is definitely a short memory. During the cold war, such attempts were countless. The Communist party was the favorite tool of the Soviet Union in ideological and cultural war, which for decades was fought between the red utopia and the free world. Maurice Thorez (Maurice Thorez), Jacques Duclos (Jacques Duclos) and Georges Marchais (Georges Marchais) gave the Soviet Union a real propaganda machine in our country during the thirty glorious years. With the victory over Nazism until his death in 1953, Stalin was the center of the incomparable cult of personality in the political, parliamentary and intellectual life of France… the Communist party Members and sympathizers in every way praised “big brother”. In other words, you need to look at the big picture and not to expose themselves to ridicule claims that the Russian disinformation has become a novelty this year.

Further, it is worth noting that the Russian leader has been pursuing a strategy of power, which is perfectly logical if you put yourself in his place (this normally should be the role of diplomats: prior to implementation, promoting the interests of our country’s foreign policy must be understood and the approaches of our partners). On the background of the hostile attitude of the USA and the EU, which without end demonized it and I prefer to humiliate, not to engage in dialogue (albeit hard), Putin decided to try to disrupt the state of the mechanics of their opponents in order to undermine the legitimacy of the elites (a lot is not required) and democratic institutions. We have given him reason (systematic contempt and mediocrity of our leadership: we need only to look at the results of President Hollande) to follow the path of destabilization instead of rational cooperation.

Last point: why get bogged down in endless accusatory rhetoric, but don’t try to find a decent answer? Since the beginning of the nuclear era until 1989, nuclear deterrence was the guarantor of peace two blocks. Of course, the thought that the planet owes its salvation to the specter of mutually assured destruction, hardly becomes much easier on the soul, but those are the facts.

So, is it time to develop a doctrine of liberterian? Not just groups of cyberbully or cyber command (this is in the plans), and a deep analysis of the application of funds available in the cyber war by States or large-scale cyber-disinformation operations. It would make more consistent our geopolitical position and would allow us to avoid the current illogical gestures. In addition, it could make our relations with Russia and other countries are more structured and thus effective.

France and Europe merely expose yourself to ridicule his belief that virtue went out of fashion. The construction of international cooperation (big goal) requires a very serious attitude. So, stop to blame Moscow and build a decent respect for the foreign policy on this and other issues with Russia and other countries. In other words, the desire for peace must draw on the quiet strength, the manifestation is at least a minimum of attention to others and strategic thinking, and not a helpless pathos.