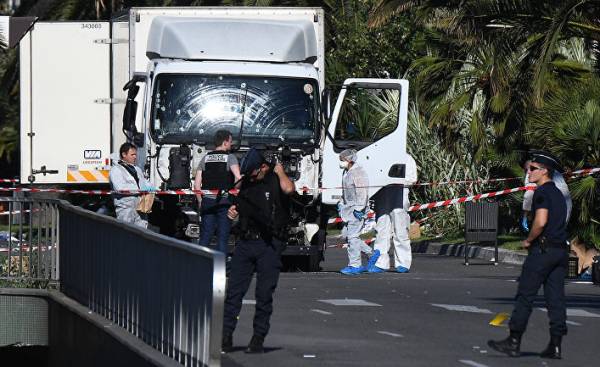 “If Western countries had not invaded Iraq, the terrorist group of ISIS (a terrorist organization banned in Russia — approx. ed.) and other Islamist terrorist groups would not have received such wide support. Therefore, we are indirectly responsible for the increased terrorist threat, the victims of which we were” — Nicholas Sitter (Nikolai Sitter).

The expert engaged in the study of the problem of terror, argues that Western countries should assume a greater share of responsibility for what are exposed to the increased terrorist threat.

Sitter — Professor of political economy at the commercial Institute BI and Professor of public policy at Central European University in Budapest. Sitter learns of a terrorist organization and methods of combating terrorism. Recently, the researcher of problems of terror released the book “the History of terrorism: assassination and the fight against terror from Bakunin to LIH.”

“I think in the coming years, we will experience growth in the number of terrorist attacks in Western Europe. These attacks will stand armed Islamists. Most likely, the threat will increase for countries such as Belgium and France, because there are well organized groups of terrorists are already entrenched in the field,” says Nicholas Sitter.

As other countries that may be subject to terrorist attacks, Sitter calls Germany and Britain, and everywhere for such attacks will stand sympathetic loners, operating independently, without any big support. The same can be said about Norway.

Although experts expect the growth of terrorist attacks in Europe and the United States in the coming years, Stephen David Rachael (Stephen David Reicher) believes the fear of terror is exaggerated. A famous scientist — Professor of political psychology at St. Andrews University in Scotland.

“If you look at the number of people killed in terrorist attacks in Europe and the United States, the numbers are very low. In fact, the concern should experience in the middle East,” says Rachael.

“The problem is that we have a culture that keeps telling us that we are in danger. Every time you’re at the airport, he passes a security check and it indicates that a danger exists. Public buildings protected by fences and security cameras. We live in a culture of fear sees fear everywhere in our daily life.

Fear as a tool of political power

Besides, according to Rachael, political leaders fuels our insecurities, playing on fear in the political debates. Fear, says Rachael, has become a powerful political weapon, especially in right populist parties that are gaining in Europe, more and more supporters.