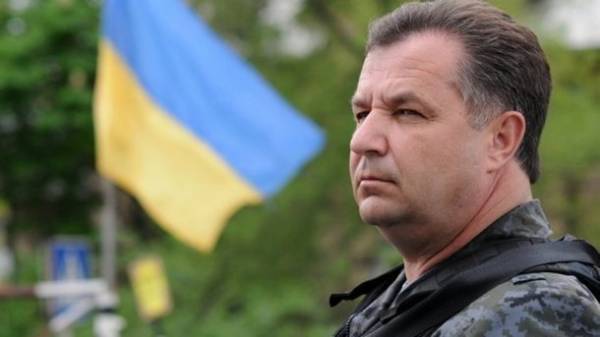 The Ukrainian military will continue to carry out their tasks in the area of the territorial waters of Ukraine in the Black sea, and attacks invaders will respond adequately. About this “Ukrainian news” said the defense Minister Stepan Poltorak.

According to him, despite the provocations of the Russian military, the Ukrainian side will continue to carry out their tasks over the Black sea

“There was fighting and transport aircraft. If you open fire on the military plane, we of course open fire in response. If there is a shooting at our warplanes in our territory, the pilot is entitled and obliged to open fire. The tasks they’ve done, they will carry out. A situation when Russia provokes us constantly, they are and will be “, – the Minister commented the incident with the shelling of the Ukrainian military transport aircraft.

The Minister stressed that the flight of the Ukrainian military plane took place solely within the territory of Ukraine.

As reported, February 1, during a training flight in the Maritime economic zone of Ukraine was fired at a Ukrainian transport plane. The incident occurred in the area of the Odessa gas field with previously captured by Russian drilling rigs. The crew was not injured.

On 27 January Russian snipers fired on a diving ship “Pochaiv” of the naval forces of Ukraine from the occupied a drilling platform of “Chernomorneftegaz”.