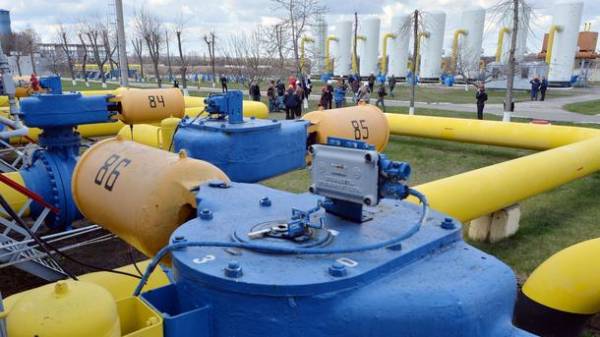 In the Stockholm arbitration is the legal process for two contracts of Ukrainian of “Naftogaz” and Russian “Gazprom” and a decision is expected in 2017. Chief commercial officer of the group of “Naftogaz of Ukraine” Yuriy Vitrenko in an interview to “RBC-Ukraine” said that the waiting Ukriane in the case of a decision in favor of “Naftogaz”, and what to prepare if the arbitration will satisfy the claim of “Gazprom”.

However, as noted commercial Director of “Naftogaz”, in fact the parties cannot appeal the arbitration results, they can only appeal to the Stockholm court of appeal, “if you think that in the course of the proceedings, the arbitral Tribunal committed any procedural violations”.

However, the appeal does not suspend execution of the decision of the Tribunal “except in exceptional cases,” said Vitrenko.

Than Ukraine threatens the victory of “Gazprom”

As said the chief commercial Director of “Naftogaz”, if the arbitration decision will be to both claims not in favor of Ukraine, it will mean, first, the need to pay to “Gazprom” under the contract for the purchase of natural gas about 50 billion U.S. dollars, including all penalties and interest.

In addition, in the case of satisfaction of the claims of “Gazprom” by 2020 will be required to apply the provisions of clause “take or pay”. At this point, “Naftogaz” in 2009, undertook to pay a certain portion of the contracted volumes regardless of whether this amount of gas to Ukraine.

Accordingly, if the decision is not in favor of “Naftogaz” Ukraine will not only in the next three years to buy gas from Russia, but also to fulfill this condition.

“To understand, only three quarter of 2016 we “Gazprom” has sent a bill of 5.3 billion dollars. The same account, and even more we will receive in 2017. Therefore, in this scenario, other solution other than bankruptcy of “Naftogaz of Ukraine” does not exist“, – said Vitrenko.

What would happen if the lawsuits win, “Naftogaz”

If the arbitration decision is in favor of “Naftogaz of Ukraine” in both contracts, then, first of all, Ukraine will receive a so-called “retroactive compensation” for overpayments under the contract of purchase and sale of gas since 2009, and for the underpayment on the part of Gazprom’s transit contract.

“By the time the decision of the Stockholm Tribunal this amount (of compensation – Ed.) can exceed $ 30 billion, “said glavy commercial Director of “Naftogaz”.

Secondly, Ukraine can reduce prices to the level of “hub minus transport”, in which “Gazprom” will be obliged to sell gas to us. As noted Vitrenko, in such a scenario, the wholesale price of gas may fall by more than two times.

“In this case, the retail price of gas, according to our calculations, can be 40% less than what it is now,” – said the commercial Director.

Third, in the case of a decision in favor of Ukraine under the transit contract until the end of the validity period, Ukraine will receive from Russia not two, but six billion dollars a year.

Vitrenko noted that there are also many intermediate solutions of the Stockholm arbitration in respect of this claim.

“Anything is possible. Will undertake to predict, I don’t want this to sound like pressure on the court” – summed up the chief commercial Director of “Naftogaz.

As reported, “Gazprom” on January 17, 2017 was informed that the company is exposed to “Naftogaz” for the year 2016 expense in the amount of 5.3 billion dollars for failure to take gas in the II-IV quarters, according to the condition of “take-or-pay”. In the first quarter of 2016, the “take-or-pay” not applied for “Naftogaz of Ukraine” in accordance with the tripartite “winter package”.

Recall that Ukraine does not agree with the requirement to “take-or-pay” as prescribed in the 2009 contract, and challenges this item in the Stockholm arbitration. Moreover, “Naftogaz” more than a year ago stopped purchasing gas from “Gazprom” gas from the Russian Federation Ukraine buys from November 25, 2015.

“Gazprom” and “Naftogaz of Ukraine” the legal proceedings in the Stockholm arbitration court in June 2014. Each of the participants will be able to appeal the decision of the court.

Company M. E. Doc threatened a criminal case due to a virus Petya