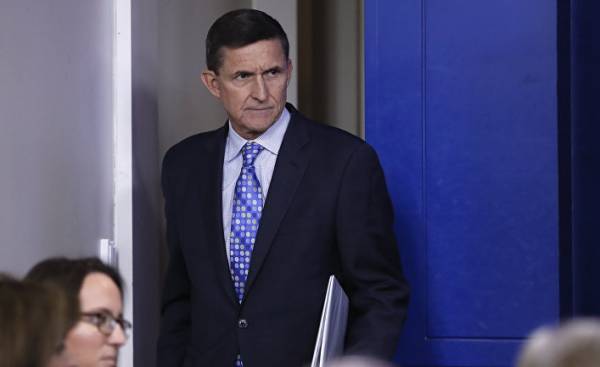 The resignation of Flynn (Michael Flynn, who served as adviser to the President of the United States national security — approx. ed.) is the beginning of more “blindgate” which can lead to very serious consequences for trump.

It is now on the top of the voice commentators and members of Congress raise the issue and in whose name said Flynn Kislyak (Sergey Kislyak, Russian Ambassador to the United States — approx. ed.) on 29 December and made their own proposals? Then remember the reaction to the expulsion of Russian diplomats from the USA to Russia? First Lavrov made a statement that they will respond the action of almost each of their diplomat. And in half an hour the pious Putin has invited children of American diplomats for a Christmas tree in the Kremlin. Of course, he could only do on behalf of trump.

And now it turned out that the formal accusations which offers Flynn… What killed him? He said Vice-President Penny that he had not discussed sanctions Kislyak. Penny is officially confirmed at a press conference. It turns out an interesting picture that trump with Pro-Kremlin agent, Flynn has been negotiating with the Kremlin, and not even made known his Vice President.

Here on Tuesday evening our time trompowsky press Secretary, who was also coming off soon, will give a press conference. It will be a very interesting sight, because he will have to answer all the questions.

For Ukraine this is good political news. Trump is already so compromised all his Potentilla and putinofily in its environment, that the slightest step in the direction of Putin, some kind of discharge, trades, Yalta, reboot, and all dreams of Moscow will mean a quick political death. Therefore no softening in the us position, in particular on the Ukrainian question in relation to Putin’s regime — will not. It’s impossible.

And now the most important question — but what if Putin goes further? The Kremlin has woken up with the understanding that card is trump bit, as you were bit map of the “Russian world” and “new Russia” and gatherings of terrorists in the far frontiers (war Russian army banned in Russia by ISIS — approx. ed.), so they don’t come to our home. All these foreign cards bits. Putin is bankrupt, the victim of a series of foreign policy defeats.

For dictatorial regimes is a serious and dangerous situation. He left to go to surrender or to raise the stakes. And where to bet. In Ukraine, as it may seem probable, judging by recent attacks. But full-scale war with Ukraine would mean not dozens of victims and thousands. It is even for passive, accustomed to everything and all consonant Russian society will be too. Such majors Prilepin who go there to take Kiev and all of Ukraine, not there.

Well, let’s see. The Kremlin needs some time to comprehend the new situation and to recover. I think that cracks in the Kremlin elite in this situation will only deepen.