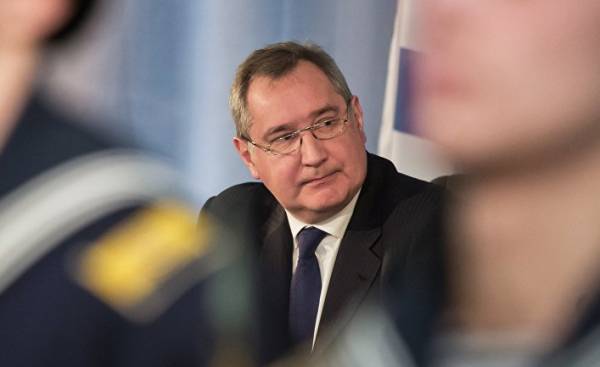 TASNIM news Agency reports that the visit of Russian Deputy Prime Minister Dmitry Rogozin in Tehran, which was to begin on 13 February was suddenly canceled for “technical reasons”.

The Russian newspaper “Kommersant”, the next after the planned visit of Rogozin’s day, citing its own sources of information, wrote the following: “the Visit of Vice-Premier of Russian government Dmitry Rogozin, who was to begin on Monday 13 February 2017, was cancelled. His goal was, in particular, negotiations with Suren Sattari, Advisor to the President of Iran for science and technology development, as well as meeting with the defense Minister of Iran Hossein Dekhana”.

According to the visit program, it was assumed that Rogozin in Tehran to discuss the prospects of bilateral cooperation, in particular in the field of civil aviation. Had to discuss the purchase of Iran and Russia party passenger aircraft. According to the information available at the source of the above-mentioned Russian edition, about the cancellation of the visit was premature message about the visit and related information which Russian officials were determined to hold until some time in secret.

Visits of several Russian high-ranking officials in Tehran, namely, Deputy Prime Minister Dmitry Rogozin, first Deputy Prime Minister Igor Shuvalov and Minister of energy of Russia Alexander Novak was announced in the message of the Ambassador of the Islamic Republic of Iran in Russia Mehdi Sanai of February 12, 2017. It also said that these officials will visit Tehran during concurrent visit, which should take place within one to two months.

According to the Russian newspaper “Kommersant”, the Board of Rogozin and his accompanying delegation, had to land in Tehran on the morning of Tuesday, February 14, but at the last moment, Russian Deputy Prime Minister took the decision to cancel the visit. He also explained that the visit cannot be completed currently due to “technical reasons”. However, according to sources close to the government and familiar with the situation, any changes in planned future visits Shuvalov and Novak was not provided.

According to the data available to the source of the Russian edition, it became known that the reason for this step, which happens relatively rarely, was the premature disclosure of information related to the visit of the Russian officials. In this Rogozin himself originally wanted to keep this information confidential.

Probably the problem arose because, in addition to the meeting of the Russian-Iranian Commission on scientific-technical cooperation, Russian Deputy Prime Minister is also expected to discuss some “delicate” matters relating to cooperation in military-technical sphere. Among them were those associated with the intention of the parties to implement contract on delivery to Iran batch of aircraft produced in Russia and intended for civil aviation. However, some technologies used in the production of these aircraft, was among those who, at the insistence of Western countries, was included in the sanctions list. Thus, their transfer to Iran could cause objections from their side.

Meanwhile, last week the Russian Ambassador to Iran Levan of jagaran, in an interview with the TASS news Agency noted that trade and economic cooperation between Tehran and Moscow, considerable progress has been achieved and the total volume of trade between the two countries grew to $ 2 billion.