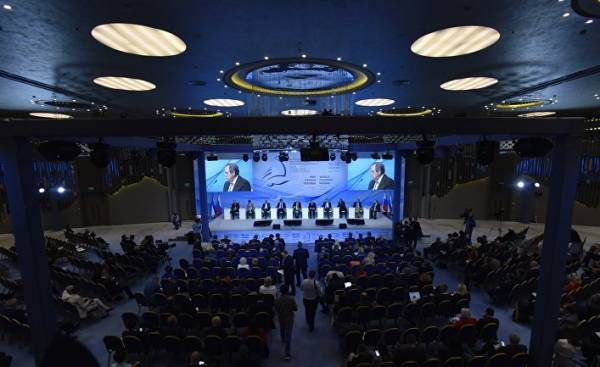 Andrey Nazarov, co-Chairman of the Russian public organization “Business Russia”, in an exclusive interview with Free West Media — about the huge business opportunities in the Russian Peninsula of Crimea.

— Free West Media: Many European parliamentarians visited Yalta international economic forum — 2017, despite the official requirements of the European Union “do not go” in “occupied” Crimea. Do You consider a success the fact that more and more Europeans did not follow the guidelines of Brussels?

— Andrey Nazarov: Certainly, there is every reason to see the positive dynamics in these matters — the forum was a breakthrough in the relations of Russia with foreign States. Every year we have more allies abroad, who come to the Crimea and later tell at home about the real situation. And it can not but rejoice.

Because we must remember that investment in the Crimea — is a cooperation and investment in Russia, which opens up great prospects for business.

It should be noted that the relevance and weight in political and business circles of those delegates who arrive at the Yalta forum is growing each year. Expanding and representation. In addition to entrepreneurs and investors who want to develop their business in Crimea, the forum was attended by deputies of the European Parliament, members of national parliaments and regional councils, representatives of major political parties, Executive authorities, municipalities, occupying mainly managerial positions. 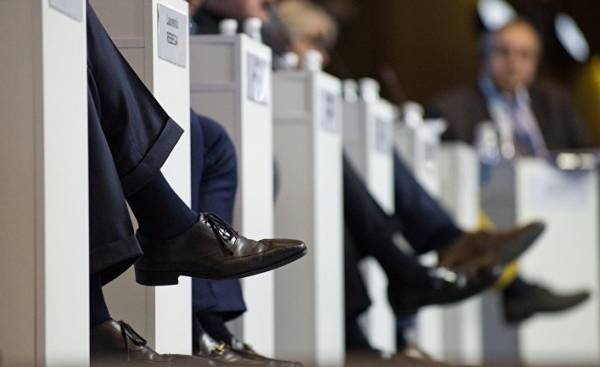 Crimea integral part of Russia and Crimeans chose their own fate on a democratic popular referendum in 2014. The increasing interest of foreigners to AMEP suggests that they share the position of the inhabitants of the Peninsula, and that not everyone in Europe agrees with the policy of Brussels. Entrepreneurs do not want and do not have to suffer losses for the sake of someone’s interests. Business needs to grow and earn, to seek out new areas for cooperation, markets for their products. In fact, foreign participants of the Yalta forum in favor of termination of the sanctions regime and, apparently, nearer its end.

— Relations between Europe and Russia strained because of the sanctions regime. Especially, this affected the business relations with the Crimea. As AMEP can help to improve those relations?

— Damage caused by the sanctions policy not only of Russia and the Crimea. Member countries of the EU, according to preliminary estimates, the budget loses about 60 billion euros. Europe lost about 400 thousand jobs, and the volume of production decreased by 17.5 billion euros. This largely explains why the European business is going to Crimea to improve relations. The forum provides an opportunity for investors and politicians to see and evaluate the business climate of the Peninsula. Returning, they will tell you how Crimea is developing here to do business, what are the opportunities for specific projects. This dialogue will help to establish cooperation and trade. Judge for yourself, this year the forum was signed more than 30 agreements totaling over 100 billion, and many cities of the Crimea became sister cities in foreign regions.

In addition, in the framework of the forum, foreigners proposed to create an international club of friends of the Crimea — a unique offer that is already attached to the paper. We are talking about organizations that engage foreign citizens who care about the fate of the Peninsula and its residents who support and share their expression. The main goals and objectives of the Club is to promote the Crimea and engage in international economic and cultural cooperation.

— How would You describe opportunities for European businesses in Russia, especially the Crimea?

In my opinion, Crimea for European businesses — one of the most attractive areas. There are also still partly free traditional European markets, tourism, agriculture, wine and other Conditions are the same, but the competition is not high. As one of the examples yachting. The French Riviera and the coastline of Italy is filled with white decks. To go to this market almost impossible, but for the Crimea is in the direction of a new and promising. Or a farm — a popular and profitable sector for the development of which Europe has not so many territories. Also in Crimea there are great opportunities for the industry, because it is located in the heart of Europe, on crossing of many transport routes.

We all understand that the sanctions will fall sooner or later. Honestly, I see more serious risk to European entrepreneurs is that many of them now may lose time. Their ahead — someone will occupy niches before.

— Crimea still cut off from mainland Russia. Now Europeans can go to Crimea only through the airport of Simferopol. In General the infrastructure is developing in the Crimea?

— At the moment the main part of investments in the Crimea aimed at the development of regional infrastructure and improvement of logistics which will facilitate the exchange of goods and the transportation of goods from the mainland, as well as increase the flow of tourists to the Peninsula. By the end of 2018 opens the movement on the Kerch bridge, will earn the passenger terminal of the airport in Simferopol, which, incidentally, aspires to become the architectural hallmark of the Crimea. Next year the throughput of the Peninsula will exceed 24 million passengers. The business sees this as a great opportunity, because all these people need to settle. In this regard, in the Crimea are actively Russian and foreign developers, leading hoteliers and restaurateurs.

— How do you see the future of Crimea?

— In just three years in the Russian Federation, the Peninsula has changed beyond recognition: has done tremendous work to restore infrastructure, investment attractiveness and economic stability of the region, which was virtually destroyed in the Ukrainian period. I am convinced that once sanctions are lifted and other political constraints, in the Crimea will start a real investment boom.

In the next few years, thanks to government programs and support for those investors who called for the development of the Peninsula, where you can expect double growth of the economy, dramatically improve infrastructure and the overall environment. I have repeatedly said that the Crimea a few years, the pace of economic development has all chances to become the global area of economic cooperation — Russian Monaco.