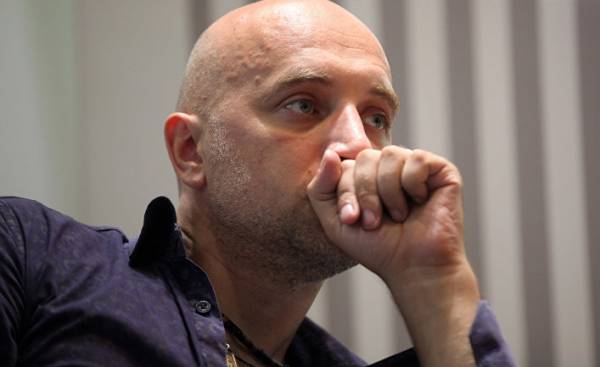 The Kremlin is trying to turn into sharp weapons so valuable for its humanitarian influence of the Russian literature. Writer Zakhar Prilepin as a military commander in the breakaway “people’s Republic” Donetsk agitates willing to fight countrymen. Prilepin, who was himself in the 90 years of fighting in Chechnya in the composition of the special units of the Riot police, created in recent months, special forces to the Donetsk army of fighters and is there formally as a political Commissar with the rank of major. Not too long ago, a successful author, also known as the author of screenplays and a rock singer, donning camouflage and a rifle at the ready in the material of the state news portal “Komsomolskaya Pravda”. Prilepin showed himself as a mentor for his confidence — highly motivated mercenaries, among whom are several women.

Prilepin, who notably last year was awarded the prize of the Russian government, throws into the scale all my popularity in order to morally elevate the war in Ukraine, controversial in Russian society. He recalls that many writers, whether it is Alexander Pushkin, Mikhail Lermontov and Tolstoy, was in military service in the tsarist Empire. However, he ignores their criticism of military craft. The pacifist beliefs of many Russian writers, their sympathy towards the enemy military it qualifies as a phenomenon of decadence, which, however, has a long tradition.

The time for the performance Prilepin chosen. The fact that made on the content of Russia “people’s Republic” are bandit nests without a future, can not see even faithful to the state of the patriots. Lately many of their commanders — for example, in Donetsk Mikhail Tolstoy with the name “Givi” or Arsen Pavlov, aka “Motorola” — was killed in the explosion, that is, not during an epic battle, but in the internal struggle for redistribution. In addition, people like Tolstoy and Pavlov, who in civilian life was a packers or washers, only very tentatively were good role models. Conversely, Prilepin, who in his latest novel about the GULAG “Resident” received three awards and moreover Serbian prize Ivo Andric is an international star.

As Russian state television, the author spins a spiral of escalation. He loves Ukraine, and Ukrainian, according to the Prilepin, but as a part of Holy Russia. Therefore, they say, his aim is openly stated it, is to capture the “Russian city” Kiev.

Russian and Ukrainian writers strike back. Author Arkady Babchenko, who, like Prilepin, fought in Chechnya, but became a strong critic of the Kremlin, finds grotesque that he wants to get back and enslave Ukraine as a colony. How Prilepin from the national Bolshevik revolutionary turned into the new ideology of Putin’s totalitarianism, Babchenko says almost pathology. Journalist Roman Tsymbalyuk warns that the use of mercenaries in Russia is still considered a crime. Russian writer Dmitry Bykov, a strong defender of independent Ukraine, recalls that there was a war waged by Russia and therefore it is criminal. Above all, however, the Bulls doubts that he really wants to be a soldier on the frontline and risk their lives. According to Bykov, the performance in the Donbass looks more like a promotion for the newly published books prilepina “Platoon”, a collection of portraits of military veterans.

Zakhar Prilepin articulates in the video, supposedly his credo: that God exists, that Russia is sacred, and death is inevitable. Thus the author, unfortunately, may succeed to agitate young people without prospects in life to go to war in the East of Ukraine as “cannon fodder”, the fear of the journalist Sergei L. Loiko. People who don’t have other prospects, but drink and beat their wives, would get an opportunity to earn per month to 200 euros, with impunity to kill and Rob and still feel like a hero. 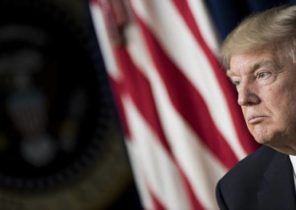 In the gallery, the visitor stabbed the picture Gainsborough