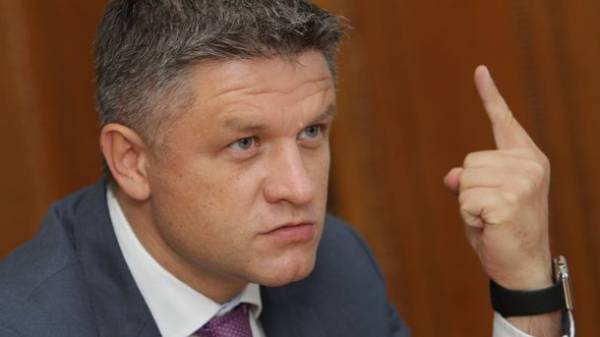 The average time of adoption of the law in Ukraine is six to nine months, so the introduction of some reforms so stretched in time. The journalists said the Deputy head of the presidential Administration Dmitry shymkiv after the RPR forum “Priorities of the year of the reform: to accelerate, to ensure consistency”.

“The average adoption of the law in Ukraine – 6-9 months, and in the worst case and up to 1.5 years. And then you need to adopt regulations, etc. of Course, the middle part of the bureaucracy will resist. Despite this, in three years created a large part of the institutions. And institutions is not only a process, there are specific things achieved. Are you satisfied? Of course not. But when we look at the list and compare with other countries, I believe that we are moving into an unprecedented period of aggression by Russia, the difficult economic situation, nevertheless there are macroeconomic stabilization, the armed forces have launched anti-corruption and reform of judiciary,” said shymkiv.

Opening the forum, EU Ambassador to Ukraine Hugh Mingarelli said that, though slowly, but reform in Ukraine is still progressing. However, ordinary citizens do not see it because of the lack of communication between power and society.

“I think the most important thing is to build communications, not PR. As a rule, communication is not very interesting. Because the communication explains how the process of creation of reform or change. It is, accordingly, the adoption of laws, draft laws, adopted in the first reading, second reading, etc. As a rule, the ordinary citizen is interested, he is interested in the result. I have great respect for marketing documents, which have been established in many countries about the progress of their reforms, and indeed in many countries achieved their results. But when we look at the historical facts, do law enforcement reform in Georgia, but the results began only in the fifth year, in the second year have been redesigned and Eka Zguladze, which this did, having learned from police reform in Georgia, much faster than it did in Ukraine. We did it for six months,” said shymkiv.

According to him, Ukraine is the only country that is considered the most successful in e-procurement. “If we’re talking about Prozorro and electronic procurement, most countries of the world and Europe do not have e-procurement in General. Singapore is also an interesting story, I like to quote Lee Kuan yew, If you look at the history of the anti-corruption Bureau in Singapore: firstly, it was created by the British for six years before coming to Lee Kuan yew. second, when Lee Kuan yew came to power he used this institution for the political struggle, dominate it and it ceased to be independent. We have anti-corruption Bureau is really working for only a year, because the year it was built, recruited, trained… And now we have in our NABS more than 280 investigations, more than 40 court cases and in 10 cases there are sentences,” shymkiv said.

Recall, the national reform Council has reported on the work done over the last year. The most productive are called anti-corruption initiatives and issues of cleansing power