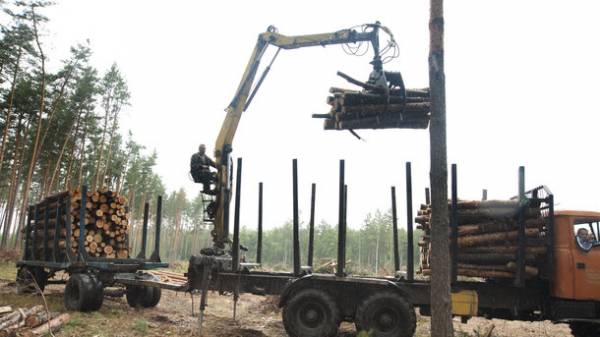 The adoption of the law abolishing the moratorium on the export of roundwood is the condition for granting EU tranche in the framework of our macro-financial assistance in the amount of 600 million euros.

About this in comments to journalists on the forum RPR “Priorities of the year of the reform: to accelerate, to ensure consistency,” said EU Ambassador to Ukraine Hugh Mingarelli.

“The government has carefully worked out the draft law on the abolition of the moratorium on the export of roundwood. That’s why the President of the European Commission Jean-Claude Juncker announced and invited to provide (Ukraine. – Ed.) the second tranche of the EU macro-financial assistance in the amount of 600 million euros. So this is the first positive result of the visit of Prime Minister Groysman in Brussels. Now obviously we have to work hard to ensure that this new law will be adopted by Parliament. We know that many, for various reasons, against this law. We hope that Ukraine will still approve the law,” said Mingarelli.

As reported, in April 2015 the Verkhovna Rada adopted the Law “On peculiarities of state regulation of activity of subjects of entrepreneurial activity related to the sale and export of timber”, which established a 10-year ban on the export of unprocessed timber tree species (except pine) from 1 November 2015. To export pine is prohibited from 1 January 2017.