The blocking rail between the controlled and temporarily uncontrolled authorities of Ukraine’s territory in Donbas is contrary to the need for a comprehensive approach in relation to citizens of Ukraine residing in the temporarily occupied parts of Donetsk and Lugansk regions. This “Today” said the foreign press service of the EU.

According to the Commissioner of the speaker, the EU welcomes the adoption in January by the government of Ukraine of the action Plan for certain districts of Donetsk and Lugansk regions to facilitate the situation for the local population.

“In addition, the transparency in movement of goods along the line of control is important to address the issue of possible illegal trade or smuggling. We call on the Ukrainian authorities to intensify their efforts in this direction”, – said the speaker of the EU.

At the same time, EU officials emphasize that the Minsk agreements remain the basis for peaceful and sustainable settlement of the conflict based on respect for sovereignty and territorial integrity of Ukraine.

We will remind, the government also responded to the blockade. Prime Minister Vladimir Groisman, yesterday on air of TV channel “Ukraine” said that on February 13, will be convened “energy staff” to discuss the problem. 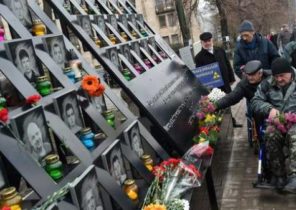