Anthropologist and expert on the tribes of Equatorial Amazonia Philippe Descola is a Professor and head of the Department of natural anthropology of the Collège de France.

Le Monde: Why the current global pandemic is a “total social fact”, as one of the founders of the anthropology of Marcel Mauss?

Philippe Descola: the Total social fact is a certain entity or event that sets in motion a society that makes manifest his levers and values that relate to its underlying essence. In this respect, the pandemic is a reactant which, because of their global nature, concentrates in itself not the features of a particular society, certain traits dominant in the modern world system of postindustrial capitalism.

What exactly is it? First of all, this is an unprecedented degradation and reduction is hardly affected by human impact areas in connection with extensive farming, industrial agriculture, internal colonization, mining and energy. Because of such a situation are reservoirs of pathogens of wild species became much harder to contact people who in turn live in far more cramped conditions. Major pandemic created the diseases that are transmitted from species to species, and their distribution is thus largely associated with environmental shocks.

The second point: as manifested in the background of the crisis the preservation of inequalities within and between countries, therefore the effects vary considerably depending on the socio-economic situation. Pandemic allows you to check the output of anthropologist David Graber that is more useful than one or the other profession for society, the less salary and prestige. Suddenly, we are all aware of the crucial importance of people that treat us, provide meals, take out garbage, first exposing themselves to the risk of Contracting.

The third point: the speed of the pandemic. That infectious diseases overfly the entire Earth, there is nothing new, but the speed of the process in this case draws attention to the current form of globalization, which, apparently, completely routed the invisible hand of the market, i.e. based on the rule for a speedy benefit. Amid the current shortage of masks, medicines and tests catches the eye is the international division of production, based on two omissions: the environmental cost of transporting goods and the need for companies local division of labour, which must be submitted to all areas of knowledge.

— The crisis associated with the exhaustion of the planet or we have to assume that the epidemic is with pre-human times are part of the story, and that person needs to behave modestly?

— As an expert on America, I went through a painful awareness of the price that had to pay the Indian tribes after contact with European colonizers brought infectious diseases: from the XVI to the XVIII century in some regions have lost up to 90% of the population. Epidemics accompany us from the very beginning of human settlement. In connection with the development of the welfare state in Europe from the end of the XIX century, enjoys its benefits, people have forgotten that risks and uncertainties still remain an integral part of our common destiny.

— Why modern capitalism has become, in your words, a “global virus”? Is it all the fault lies with capitalism, given that the pandemic is, apparently, not in the least connected with markets, animals and traditional Chinese medicine?

— A virus is a parasite that multiplies, causing harm to the media until his death. This is what makes capitalism Earth since the industrial revolution, for a long time without realizing it. Now we understand that, but, apparently, afraid of the drug, although this we know: we are talking about radical change in our way of life.

Without a doubt, traditional Chinese markets contribute to the extinction of pangolins and rhinos. But feeding them contraband network operating within the framework of a purely capitalist logic. And the wild capitalism of the Chinese and Malaysian logging companies in Indonesia is closely intertwined with the oil palm plantations and agriculture.

Against this model are the indigenous people of Borneo (and many other regions of the world). These people protect their land from deforestation. Capitalism originated in Europe, but he has no ethnic definition. And it continues to spread like an epidemic: even though it is not directly killing their hosts, he in the long run ruining the living conditions of the inhabitants of the Earth. We have become a virus to the planet.

Is the crisis a reason to take another look at the relationship of culture and nature, between humans and other species? Or are we rather to try to distance himself from them because of the threat of disease transmission?

— At the turn of the seventeenth century in Europe began to form “naturalistic” views, based on the idea that people live in detached from all other the world. This world could be the object of scientific research, unlimited resource, a reservoir of symbols. This psychological revolution was one of the reasons for rampant exploitation of nature by industrial capitalism, but whatever it was, it made us forget that the chain of life consists of related links (some of them, by the way, are not alive) and that we cannot abstract ourselves from the world with only our desire. By the way, the concept of “we” here is not much sense, if you think that the microflora of each of “us” is made up of trillions of “their” or what created me tonight carbon dioxide will affect the climate of a thousand years. Viruses, microorganisms, animals and plants, which we changed for thousands of years, participate with us in the sometimes tragic Banquet of life. It would be absurd to think that all this can be abstracted and live in a bubble.

Indigenous peoples of the Amazon are closed, scattered and shut down to avoid epidemics. Should we also hide behind borders and Nations? Did all this end, not only of globalization and cosmopolitanism?

— If we consider the sociological cosmopolitanism through the lens of Ulrich Beck, that is, how awareness of a large part of humanity of the fact that he had a common destiny, since all are exposed to one risk, it becomes clear that the closure of borders is illusory measure. Perhaps it will slow the spread of covid-19, but will not prevent potential new infections appear in another place.

Besides, it will not stop the Chernobyl cloud or the rise of the sea. Although some Amazonian Indians have the option not to allow other people to enter their territory, since they are carriers of diseases or prospectors, they are much friendlier towards known other species. It is in this direction and may develop the concept of “cosmopolitanism.” Not as a continuation of the Kantian project to develop General rules by which all people, regardless of their location, could conduct a civilized and peaceful life.

Politics of the Earth as a common home that belongs to only one people. This implies a revolution of the political thinking of the same magnitude as when Enlightenment philosophers and the thinkers of socialism. Now there are preconditions to it.

In some countries, has the status of a legal person certain life environments (mountains, bodies of water, areas) so that their interests could be protected by the middlemen whose livelihoods depend on them. In some other countries, including in France, small groups separated from the mainstream by appropriation of nature and the common good, which characterizes the development of Europe and the world since the end of the XVI century. They put emphasis on the solidarity of the species, self-determination in the environment, caring for others and the balance of life rhythm, not on competition, the assignment and the maximum exploitation of the resources of the Earth. That’s what a true cosmopolitanism.

— Are we seeing the anthropological turn in French thinking with the advent of the generation that learned from Bruno Latour, and you, and not make fundamental differences between humans and other species?

— If desired, this can be called an anthropological turn, if you add that, paradoxically, anthropology became less anthropocentric, since ceased to bring other types of function environments and limit their properties and aspirations of the people’s views on them. One way to achieve this is the introduction of other types of objects as full-fledged actors on the stage of sociological analysis, and not, as usual, a marionette controlled by someone else.

All this goes against several centuries of the ideology of the uniqueness of humanity, which for us was unthinkable that the machines, mountains, and microbes can be considered independently. For this you need to treat them as a “total social fact”, that is, as a planet, around which revolve several satellites. I call it the anthropology of nature.

— There is much talk about peace that will come “later”, not enough thinking about the present. What can and should change in the first place?

— Dream: the introduction of a General unconditional of income, the extension of civil conventions, environmental tax proportional to the carbon dioxide emissions, taxation of the environmental impact of production and transportation of goods and services, the spread of the practice of giving life environments, legal status, etc.

* A disciple of Claude Levi-Strauss and winner of the gold medal of the National centre of scientific research for the totality of their work. He does a comparative anthropology of the relations between people and other creatures, which became a revolution for the Humanities, and the environment, as evidenced by the book “Beyond nature and culture” (2005) and “the worlds” (2014). 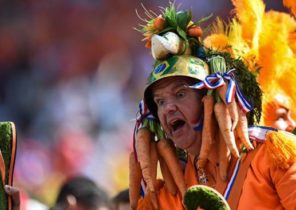