According to state statistics, the average salary in Ukraine in November 2016 amounted to 5400 hryvnia or $ 200. The majority of Ukrainians, experts believe, can “afford” to spend a weekend in Europe or a week at the seaside. What a vacation you can afford on a Ukrainian salary, learned website Today.

For $ 205 you can spend a week in a five-star all-inclusive hotel in the Turkish Alanya. In Turkey, the Ukrainians do not need a visa. Due to the fact that now is not the season, the tour operators sell tours to guests within the hotel, where it is heated and indoor pools. So, in Alanya the air temperature is now 14-16°C. it is Also possible to fly to the mountain area of Kemer.

“Turkey is now a beach holiday is not provided. As an option – the Antalya coast. On 26 February for a week in a hotel of three stars with “all inclusive”, if you go alone, you get $ 390, and in a place with nothing to spend is not necessary. Now mostly those who want to breathe fresh air at the foot of the Taurus mountains,” – said the head of one of the offices “Come with us,” Victoria revelation.

“I went to Istanbul in October for the weekend. On the flight I saved as I followed the stock of low-cost airlines and bought a ticket four months prior to departure. On the way there and back I spent $ 50. Housing problems have arisen, as previously found in social networks the family of the latter, they settled on two days. Now in the summer they will arrive in Kiev on weekend. It’s called couchsurfing. There is a website where you can find shelter for the trip, in exchange, you have hosted the same travelers,” says zaporojanu Elena Nikiforova. Due to the unstable political and economic situation, Egypt is the most affordable country to holiday abroad. Special hotels lower the prices to attract tourists. Ukrainian tour operators offer holiday packages to Hurghada from 4400 UAH or $ 165 in a four star hotel in Sharm El Sheikh – 4600 (173 USD) for one. The price includes flights from Kiev and back, transfer from airport, accommodation, medical insurance and breakfasts. Excursions, dinners will have to pay separately. A visa in Hurghada are issued at the airport for $ 25, in Sharm El Sheikh it is free. In Egypt profitable to fly together, the tour will cost $ 400, but it will be chetyrekhzvezdochnykh or five-star hotel with “all inclusive”service.

$ 200 you can spend, if not splurge on superfluous. Outside the hotel, lunch at an inexpensive restaurant will cost 80 UAH or three dollars, the public transport is 2,5 UAH 0.1 dollar, the Palace of “the Thousand and one nights” in Hurghada – 540 UAH or $ 20.

So far the Ukrainians to travel to Europe need a visa. Least likely to deny Schengen visas to Ukrainians the Embassy of Latvia. The cost of manufacture of EUR 35. To invest in 5400 UAH you can in open visa, if you go to neighbouring European countries: Poland, the Czech Republic, Hungary or the Baltic countries. You can go by yourself, bus tours from Uzhgorod and Lviv.

One of the options to go to Poland – book a guided bus tour to three or four days. It will cost 3186-4300 hryvnia or $ 118-160. The price includes travel, hotel accommodation and Breakfast, insurance and maintenance guide. But almost all the time is bound to the group and the tour route. To this amount must be added to 1,500 hryvnia (50-60 dollars) for entrance to museums and attractions. Self drive to Warsaw it is possible for 17.5 dollars. Photo: traveling.by

In the Czech Republic and Hungary, prices are about the same. Bus tours you can drive a few European countries. For example, the cost of the tour through Poland, Czech Republic, Germany, France starts from 4347 hryvnia (161 dollars) and last for six days.

“I drove a bus tour through Lviv, Budapest, Pisa, Rome and Venice. It’s not expensive where some 170 euros, but hard physically. The road is hard because of the constant movement in the bus and then on foot, and attachment to the group – we had 20 people. In the evening we had freedom from each other. We spent the night in a cheap hotel, well that was where to take a shower,” says the resident Yegor Vakulenko.

From Poland you can fly to locoste in other countries, for example, in London and Rome flight to one side stands – $ 22, Oslo – $ 16, Stockholm 9-10 dollars. If you plan the trip through Poland, you should order tickets at least three months before departure.

Cheap to get difficult, as from Ukraine to Georgia do not fly low-cost airlines. Sometimes International airlines of Ukraine carry out actions and a ticket from Kiev to Tbilisi can be bought for 1290 UAH or $ 48 one way. At the same time from Warsaw to Georgian Kutaisi flight costs 594 hryvnia or $ 22.

“In Tbilisi is expensive. To invest in 5000 UAH is possible, but it is difficult. Flights only take half of the amount. But if you do not spend money, I think it’s safe to fly,” says the traveler Marina Belova.

To the ski resorts as part of a tour $ 200 per person will fit, said Victoria revelation. If Turkey and Egypt flights cheap by Charter in Georgia can only be reached by regular flights.

What will happen to prices in the rest by the summer

In the early summer of 200 dollars a week to relax together in the visa-free Montenegro. In Turkey for the summer holidays more expensive than last year, because the resorts will back the Russians, who in 2015 has banned travel to Turkey, says Victoria revelation. Therefore it is better to book tours in the summer now. Because of the return of Russians to the Turkish resorts hotels raise prices. Photo: www.rireenboite.com

“In Turkey, this season the prices are higher than last year. We now see even at the early booking offers. So due to the fact that from October 2016 to Turkey started flying the Russians. Last year over $ 200-25, even in the beginning of the summer vacation in Turkey does not work. This season will be from $ 1,000 and above for two”.

Egypt will remain until cheap, there again the Russians were not allowed to go, Victoria says revelation: “not to resume the flow of tourists from Russia, the prices in Egypt are low”.

How to save money during the journey

Most money is spent on the road and housing. On the flight you can save by buying tickets on low-cost airlines. It is better to follow airlines that fly from Poland or Hungary, for example, Ryanair and WizzAir the same, they are cheaper than in Ukraine. Buy tickets profitable in the “low season” when there are no holidays and big demand for holidays abroad.

“It is better to buy tickets for weekdays and not weekends. From Friday to Sunday they are more expensive. Tuesday is the best day to buy the ticket at a discount. To buy a ticket, preferably for two to three months before departure, so the chances to save more. The main thing is to sign up for newsletters hot news all sites, aggregators and airlines,” says the traveler and the founder of the project NUISIDIDOMA Maxim Siselen.

For housing you can save money while staying in hostels, and even better to register on the site Сouchsurfing where you can find a man, settle yourself, but instead you need to be prepared to make traveler.

“$200 for the trip, the purpose of which is feelings and emotions, not vip-deluxe-fashion-bed in a five star hotel, very quite. There are a million way to save: promotional in lowcost flights, cheap hostels and couchsurfing, cheap supermarkets and markets in the cities, hitchhiking, working on farms and exchange programs and so on. With a strong desire to fit any budget,” – said Maxim Siselen. 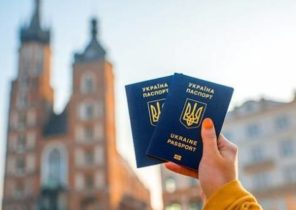