Tsar Peter I fought c theft among his subjects. But 300 years later we still hear many stories of dishonest Russian.

When it’s-30C outside, and the wind blows mercilessly, well, at least if the Windows is not blowing. But it can not boast of our otherwise excellent apartment in the South-West of the Russian capital. So in those few unusually severe days in January, the cap and jacket were a familiar part of home equipment in our home.

The building in which we live, it’s actually fairly new — it was built in the late 2000s. In many ways it is very modern and comfortable.

But there is a few amazing things: for example, these Windows, where the terrible blows, as well as elevators that must carry the residents of the house down and the top, but constantly broken.

“This was necessary to save?” — gently asked my wife one of the employees of the residential complex.

“To save money?— asked the officer with disbelief in his voice. — Yes, just in these places was the easiest to steal”.

Who in this case turned out to be a thief, a Builder or contractor remains unclear. But the idea that everyone everywhere — commercials, officials, politicians steal everything what will reach, is deeply rooted in the minds of the Russian people.

“Not only steals stupid,” reads one of the statements on this subject attributed to Peter the Great.

The legendary king is often very cruel methods fought against this evil, but by and large achieved nothing.

In late January, the biggest news of the business world in the Russian press, was a temporary abandonment of the use of the carrier rocket “proton-M”, which occupies a key place in the space program of the country.

According to many media reports, there are suspicions that some of the rare metals used in the construction were stolen and replaced by cheaper, but less effective.

In this country you rarely hear about state-building, which is not accompanied by reports of large-scale thefts. Such news are in connection with any projects — from a new aerospace center in Siberia to the controversial bridge to the Crimean Peninsula.

If something is, in Russian terms, “bad”, there is a risk that it will be stolen, and this is especially true of money floating around in the public sector of the country.

A friend of mine with experience in this area said that it is almost impossible to deal directly with the state enterprise, bypassing the public procurement service, which picks up (read — steal) at least a quarter of the cost of the project.

The money then will be in nice, London or on one of the Caribbean Islands, where the temperature is much above 30 degrees.

This is why Russia found itself in the bottom of the ranking of corrupt countries: in the latest list of NGO Transparency International Russia occupies 131 place out of 176.

This comprehensive theft is, however, its positive side effects, ironically another friend of mine. Today, Russia throws huge sums on the arms build-up, but most of the money probably is everywhere, not only in the army Treasury.

Generals, high-ranking officials and military enterprises will do everything in their power, if only a large part of these funds has turned into an expensive champagne, the real estate in the South of France and ocean-going yachts, not guns and bullets. 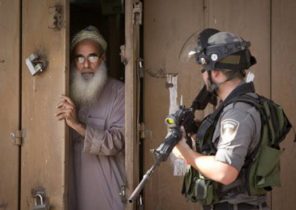