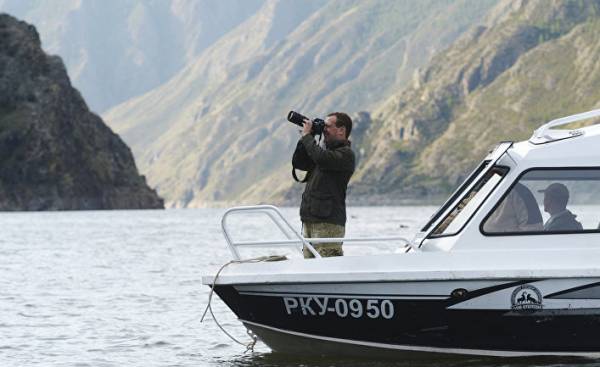 Navalny is undoubtedly a charismatic speaker, and the entire film is skillfully made so that a series of photographs of luxurious villas, yachts and organizational schemes — in which, however, Medvedev did not directly appear, but there certainly are people close to him, including some Russian oligarchs — made in simple viewer the impression of reliable information. Of course, it’s not about the Russian Prime Minister. The blow aimed at Putin, first and foremost, on Russia and its increasingly independent policy. And since a direct hit impossible, the target was Putin’s inner circle. The calculation is simple: Putin will have to react somehow. And it may weaken his position.

Whether justified calculation? I think not. If something like that should be a signal for another color revolution, it seems to me, Putin’s position is evaluated incorrectly. And not only in a very small number of demonstrators, which should create the necessary accompanying atmosphere. In the end, on the Maidan, too, was not hundreds of thousands of protesters… But the Bulk is not opposed to frightened Yanukovych, and Putin — a politician who keeps under control all the registers of the authorities. By the way, unlikely as it seems to me that the Russian secret services knew nothing about the preparation of the incriminating video, and could not, if Putin wanted to prevent the release of the film. So that begs the assumption that video to the authorities was at hand. By the way, Medvedev has long been a thorn in the eye of the nationalist-oriented part of the Russian political spectrum. In General, the policy is pretty brutal.