Enzo Ferrari founded the company in 1929 as a sports division, “brought” cars, Alfa Romeo to racing level, and in 1940 designed and built the first car. Popular Mechanics did a review of unusual Ferrari of different years.

Auto Avio Costruzioni 815 (1940). The first car Enzo Ferrari. At the time of the great designer never gave the firm his own name, and it was called the Auto Avio Costruzioni. A sports car with a-liter engine was designed by ex-engineers of Alfa Romeo, Alberto Massimino and Vittorio BELLENTANI. The machine played at the Grand Prix of Brescia in 1940, but not too successfully. One of the two built examples known to exist — chassis 021 which started the great Alberto Ascari, and is now kept in a private collection Mario Righini. Ferrari 410 Superfast I (1956). The car developed by Pininfarina based on the American design (particularly Cadillac) at the time. A concept car with a 340-horsepower engine Ferrari V12 was intended to promote Ferrari in the us market (although it was presented at the Paris motor show) and was a part of were produced in the 1950s and 1960-ies a series of Ferrari America. Ferrari 854 (1959). Quite an unexpected attempt by Ferrari to be on the market for inexpensive compact cars. 854 was equipped with the engine volume, which corresponds to the name and it was unique in the history of the Ferrari engine less than one liter. The car body was redesigned Fiat 1200 Coupe. The car was tested (including himself Enzo for personal use), and then transferred all the achievements of the company, ASA, which at its base has made the model ASA 1000. Still, the compact class was not the path of the Ferrari. Ferrari 400 Superamerica Pinin Farina Coupé Speciale (1959). Under the “American” series of Ferrari cars there was a model 400 Superamerica — from 1959 to 1964 was released 47 cars of this series. Some were unique. For example, here is the version with a body by Pininfarina, was built specifically for personal exploitation of Gianni Agnelli, founder of Fiat. She was the first of 47 “superamerica”. Ferrari 400 Superamerica Superfast IV (1962). three 400 Superamerica was conceptual prototypes of the car Pininfarina designed for the presentation of the series on motor shows of the 1960, 1961 and 1962, respectively. In the picture — the last of these concept cars. Note that all three cars were just different bodies on the same chassis 2207SA — so they are considered one vehicle. The “waste” of the body were destroyed. Ferrari 250 LM (1963). This version of the 250 Le Mans were intended for races of class GT. But for homologation FIA was required to have been commercially built at least 100 copies of the car, and that Ferrari could not do. To 1965-mu made just 32 cars, and Ferrari was forced to refuse the participation of 250 LM races. It is worth noting that in the picture is the first conceptual instance of serial machine looked a bit different. Ferrari Dino Berlinetta Speciale (1965). In fact, the first Ferrari that served as the basis for the design of the company and its mid-engined models, for the next 20 years. Designer made, Aido Brovarone from Pininfarina. At that time it was the lowest Ferrari (which entailed a number of difficulties, particularly with the review back). The concept was based of the Ferrari Dino 206 and 246 GT. Ferrari Dino 206 Competizione (1967). Find your own form of a sample of 1967. This car has a door type “gull wing”, and the cockpit became completely transparent. The concept was shown at the Frankfurt motor show, many elements of the machine formed the basis of the Dino 206 GT. Ferrari 250 P5 Berlinetta Speciale (1968). Ahead of its time futuristic concept car with three-liter V12 engine in the first place were designed for aerodynamic studies. Critics and experts the car was put bad — this style became popular only ten years later. Ferrari 512 S Modulo (1970). And even more futuristic concept car created by designer Paolo Martin for the Geneva motor show 1970. 550-HP engine accelerates the car up to 350 km/h, but the car could not be anything except a show car, and because the power remained unclaimed. 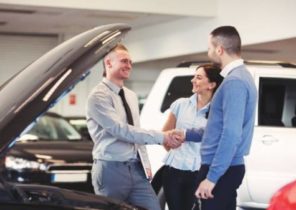 In Ukraine, the rising sales of vehicles: what vehicles and how much to buy the Ukrainians