Contrary to the predictions of skeptics, the meetings in Belarus, after winning the presidential elections Alexander Lukashenko has not stopped.

On the contrary, yesterday they were radicalized in law enforcement by protesters thrown Molotov cocktails (bottles with an incendiary mix — approx. ed.), and the streets began to burn tires.

The riot police again used rubber bullets, batons, and grenades. The farther, the more of what is happening in Belarus suggests the analogy with the Ukrainian Maidan 2014 year.

After the first day of protesters harshly dispersed, the participants in these events was told “the Country”, that the real independence of Belarus is hardly possible.

But today, after another night of protests, mood, and atmosphere are changing. Occurred the first death — allegedly at the hand of protesters in Minsk bomb exploded (at least, so says police).

The first death on the Maidan in January 2014 became the catalysts for the protests and brought them to a new level. Many say the protesters in Belarus, the first death, and cruel beatings by security officials, is a “point of no return”. And now rallies every day will become all the more aggressive.

Given our conversation with party protests in Minsk, which took place this morning:

“Many said that after the first crackdown will be nothing, but the protest continued. However, a little differently than on the first day. People gathered in separate groups and went to the center.

Part moved on wheels and was a car protest. People opened Windows and honking without a break. Many did it because I wanted to support the rally, but I’m afraid to do it openly — so do not go out of their cars.

Especially wildly honking, passing near the residence of Lukashenka. By the way, Lukashenka’s 16. Compared to him the off — piste is modest.

The whole Minsk “buzzed” to three nights. Not only the centre but also the outskirts. People were driving slowly and provoked toffees. Very similar to the Ukrainian Automaidan. But here it is not an organized force, and ordinary people in solidarity protest. Motorists blocked traffic on many roads, which hampered the work of special forces.

The first night, even the riot police were not expecting so many people. Do Riot tactic is to separate the protesters, to avoid large concentrations of people. But it so happened that one of the points was “ambush” — the protesters were there a lot more than riot police. And these people were so “charged” that he had taken from Riot shields. But then they returned them. Can you imagine? This is to ensure that if the protesters wanted to attack the riot police, they could to do it. But they took their shields and immediately returned to the police back.

Yesterday I saw on the main street of Minsk is a crowd of people, 50 people. One bottle of water, he drank, and the entire group waited for him to cross the street and throw the bottle in the trash. We’re all obsessed with order. And yesterday morning, and today, the entire center is clean — there is no waste. Nothing reminds of yesterday’s riots.

Riot police dressed in dark suits, and at night they have only the eyes visible. They’re terrifying. There is nothing, only installation. They are like machines. It’s like someone beat. Yesterday, was beaten half to death a young couple that was just sitting on the bench. So the protesters are trying to move large groups of several dozen people, in the event that the Riot was harder to pull out of this group, and someone to hold.

In Minsk, in comparison with the Maidan in Kiev, a hard sweep. There the police did not stand on ceremony. Yesterday many were beaten, were taken to the sites. Who managed to escape, hid in the yard. Most of the riot police are not citizens, they don’t know the city as locals know. By the way, rumor has it that the riot police for their successful sweep of the protest promised to give apartments in Minsk.

The crowd often go “tihushnik”, overheard conversations, and then convey. Yesterday saw at the bus stop stood a man, on his shoulders he had the flag of Belarus. It jumped, grabbed, thrown into a paddy wagon and taken away somewhere. Where — nobody knows. It’s scary.
Tires and Molotov cocktails reminiscent of a purely Ukrainian issue. Visible hand of the master, as they say.

I think the Molotov cocktails could throw provocateurs. This same crowd, it gets very easy. Flew single Molotov cocktail — all “on fire”. But do the citizens of Minsk would hardly have done this. If, God forbid, fly off with a police cap you soldered to two years in prison. The Belarusians would never attack the riot police. Besides, Belarus has the death penalty for heinous crimes.

Belarusians do not provoke the police. On the Maidan in Ukraine provoked Berkut. In Minsk the Riot police shouting: “militia with the people”.

There are no chants that were on the Maidan in the Ukraine — like “Glory to nation, death to enemies!”, “Hto not deflated, that Moskal”. Here at indignant such chants, for us, this wildness.

Here we sing some national songs, Tsoi “Change”. But not yelling all night. No headquarters. No tent camping, sandwiches. Minsk residents not to eat here.

Those Belarusians who took to the main streets, went to the protest with open arms — without arms. They even tried not to take handbags so as not to arouse suspicion from law enforcement. “We, unlike those who carried on the Ukrainian Maidan rebar, even the bits not taken”, say the citizens of Minsk.

So I don’t think that Molotov cocktails were thrown they.

Yesterday in Telegrams the channels through which organized the gathering, called to go to a protest without weapons. “We’re not going to overthrow Lukashenko, but to celebrate the victory,” they said. They consider the fact of the protest a victory. Never before Belarusians took to the streets for their rights in such numbers.

At the same time, it is not yet revolution. The Belarusian protests, no leader. Therefore, they are disparate. The protest erupted every night and stuhec itself. People get together, run from midnight Riot, then go home to sleep. Put the tent in the center of Minsk no plans.

Svetlana Tikhanovski not the leader of the revolution. She even moved to Lithuania and distanced themselves from the protests, took responsibility for a possible victim. At the same time, initially, the Belarusians rallied around her. But not because she is the leader. Tikhanovski is a good wife. She went as a presidential candidate for her husband. When the campaign began, the first time at press conferences, she could not put two words together. She said, well, I grilled burgers my husband at home and want to go back to fry the meatballs. She — as the wife of a Decembrist. Instilled faith in people. She loves her husband — so she was nicknamed the “President of love”. But the leader she can’t be. Protesters believe that the leader is born in the revolution.

In General, what catches the eye on the protest in Minsk — there’s no stage. And no opposition politicians. This is another difference from the Ukrainian Maidan. In Kiev you have on the Maidan politicians constantly fought for the right to lead the revolution. There is no such. We have no climb on the armored car, at the time, Petro Poroshenko — that’s why I’m the leader of this revolution. We have no leader. Who said something, there all gone. There is now in the Belarusian policy, which would take the protest into their own hands.

Another difference is — when Maidan was Ukraine, not suppressed communication. But in Minsk the third day of no Internet. The whole Minsk divorced from context. In other cities don’t know what’s going on here. In some other cities too, no Internet.

Contrary to the provocateurs, the majority of Belarusians adequate and peaceful. They don’t want to imagine such a fate, as in Ukraine after the Maidan: chaos, strife, war, division within the country for some trumped-up principles. The Belarusians just achieve the change of power.

Everyone has their own motives. Many a tired father with his dictatorial, constant lies and arrogant attitude to the people. The business in a long time, Lukashenka does not like. Someone is unhappy with what the salary is low and have not increased, and sometimes gets cut. Due to quarantine in the EU, the country has returned many workers. They used to live differently, not according to the rules but Father, and in Europe. In addition, here is work for them there at all. Many are annoyed that Lukashenko quarreled with everyone. In recent years, even with Russia fighting. Constantly talking about some enemies around. It’s very annoying.

Many Belarusians, by the way, I live in a Pro-Russian agenda. They thought that Putin does not recognize the election results and will go against Lukashenko. For many in Belarus Vladimir Putin — authority. If Putin supported Lukashenko, people in the protest would be much more. But Putin congratulated Father on the victory.

Lukashenko also added fuel to the fire. In his address, the President insulted the protesters, called them “folk”, it seems like they are serfs. And then there was the first death…

Belarus is a peaceful country. But only from time to time. Yesterday in Minsk killed a man. After that, the people are noticeably rebelled. If on Sunday, the protest was peaceful, yesterday citizens already rammed the car a cordon of Riot police.

Tonight is also planned action. Call for the strike on the companies, saying there are meetings at some plants. Let’s see what happens. But tonight will definitely be more radicalizing protest. And it does not matter provocateurs had thrown Molotov cocktails or provocateurs. It is likely that today the Belarusians will go to the center of Minsk with weapons.

In this position we have is this: first do not attack, but defend will be tough.” In the riot will be flying Molotov cocktails, burn tyres. Passed the point of no return.” 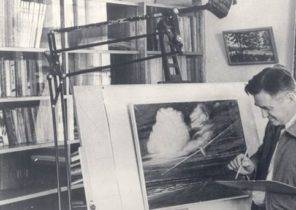