The Russian state Duma adopted the “United Russia”, specifically initiated by the odious Deputy Elena Mizulina’s bill on the decriminalization of the battery. Voted for by 380 deputies, against — only three. 1 February it is expected approved by the Federation Council. Apparently, there is objection, too, was not expressed. Mizulina explained the need for the decriminalisation of domestic violence: “If you slapped your naughty baby, you could face up to two years of imprisonment. But if your neighbor beat your child — all over the administrative punishment”. In addition, for initiation of proceedings “is sufficient testimony of the offended parents of the child.” And this, in turn, howl, can be the reason for the withdrawal of the child from the family.

Obviously, in the coming days the President the bill to sign. However, representatives of public organizations have already started collecting signatures under the appeal to Putin with a request not to sign the bill on the decriminalization of family violence, but hopes for it a little. Putin’s press Secretary has already managed to speak in the sense that the battery is the only episode of family relationships, and no violence.

Well, in the case of battered children, if they are confirmed only by the testimony of the child, and the bruises are not available, the transfer of such offences (but only those) from the criminal to the administrative, possible, and justified. It is known that children sometimes thus avenge your parents, for trying to get them to do homework or go to bed on time. And practice shows that the testimony of minors in such a situation is not always possible to believe. However, if the bruising, that is, there is no basis to believe the children, I think not. And when it comes to beating that applied to adult members of the family, then the truth set like simpler. Of course, if the victim is not intimidated by the perpetrator. And I’m often intimidated.

As for the removal of children from the family, here to make up the juvenile justice system, complicating the process of removing children from the family, not to decriminalize family violence. The new law provides that the first case of a family quarrel with the use of force, committed for one year, will be punished as an administrative offence. Of article 116 of the criminal code deleted the paragraph about the possibility of imprisonment up to two years for beating of a close relative, “causing physical pain, but not entailed consequences.” If someone who has already been convicted of a similar administrative offence, will do it again within a year, he will already face criminal liability.

The amendment in the criminal code reflects the overall sexist nature of psychology of the Russian elite. Officials have hastened to declare that the new law only “will make the family stronger.” MPs, Ministers, big businessmen in his most accustomed to be guided by a simple Maxim: “Beats, means likes” and a blind eye to violence in the family. This bill is also intended to facilitate the work of the police. And the police constantly complain that their wives bring the statements to be beaten by men, and then these statements take. Now, he says, won’t statements to bring. The penalty for assault and battery will still only blow to the family budget, and the victim will still have to live with her husband-rapist in the same apartment. She will be even less likely either to leave him or to force him not to dissolve the hands.

In connection with the new bill in Russia has born new very short anecdote. To marry the Deputy of the state Duma to once a year for a little money to beat her face. Most importantly, not to cause at least a little harm to health. So now men will beat their wives and children strongly, but gently. If still the beatings will only lead to slight bodily injury, then this would be classed as a criminal offence, but will remain a private-public prosecution. Then the victim will have without the help of the state, to prove guilt. And in terms of family violence to find such evidence alone, the victim is usually not able to. So a real chance to get behind bars from someone who beats up their family members, will appear only when the victim would be dealt a serious injury. But here already to the slaughter close.

Not surprisingly, the draft law on decriminalization of family violence has already caused public protests. In St. Petersburg hosted a few action show the activists of the feminist movement. Its organizer Leda Garina, was detained. The participants suggested passing men to beat any of the women activists for choice on the menu, the appropriate administrative penalties for domestic assault. Then the girls unfurled a banner “long live the traditional values” and attributed to the building of the Legislative Assembly of the head of the female mannequin.

First, the participants and the audience thought that the police took staging a beating for real. But it turned out that against Garinei instituted administrative proceedings under article KoAP “Arbitrariness” that threatens her by a fine up to 300 rubles. However, the feminist movement in Russia is very weak, and the power he did not count. And, according to experts, after the adoption of the law, more incidents of domestic violence will result in death or serious bodily injury. Now, according to some, every 11th murder in Russia takes place in the course of family quarrels. From January 2015 to September 2016 there were more than 19 thousand murders, and 1.7 thousands of cases the perpetrator and the victim were close relatives. At the hands of family members killed 539 women and 56 children.

But only in Russia, according to the interior Ministry, 600 thousand women annually are exposed to domestic violence. Now I’m afraid to die will be more. And family is not strengthened, but rather the opposite. If the wife still could rein in her husband threatening to report him to the police, it is now easy to run away from him, taking the children. Of course, if you can find where to go. 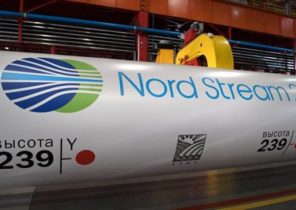 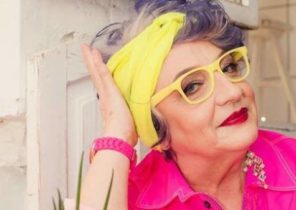