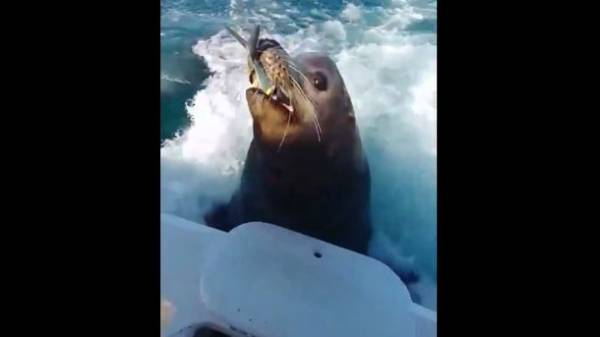 Fish love the fishermen. Seals are also not averse to fish and eat it. In facebook appeared a funny video from the Navy seals in the lead role.

Two major sea lion chased a motor boat fishermen and were even able to catch up.

As an award they received from the fishermen the fish.

The video, meanwhile, is just over an hour gathered about 70 thousand views.