The flying car can be equipped with four front traction propellers and three engines for maneuvering, mounted on pylons at the rear of the hull. The cabin will look like from the passenger liner, door to remind hatch of the spacecraft and wheels is not at all — instead they are two pillars resembling the ski. So, according to news Agency Associated Press (AP) is a concept car Vahana, which is the development Corporation Airbus. His first trials could begin in 2017.

“The dream of many is to rise into the air and thus to overcome the huge traffic jams — TASS reports, citing AP. — Inventors and entrepreneurs around the world — including those with very large funds, such as the Airbus, are fighting for the opportunity to become the first developers of the aircraft that will allow passengers to slide over the highway, clogged with cars”.

Some of the concept cars, according to the AP, is equipped with wings that can occur in Parking lots. “However, most of these devices are not vehicles in the conventional sense, — said the Agency. Most of them are devices capable of vertical take-off like helicopters.”

At the same time, as noted by the AP, “there is no guarantee that the dream of flying cars will become a reality, since the path to this dream with too many obstacles.” One of these obstacles is the need to convince regulators that flying cars are safe to use. 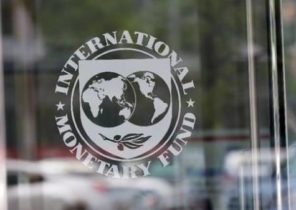