Under President Vladimir Putin, Russia has lost global competition between countries and from the outskirts of civilization can get to the margins of history. This opinion was expressed by the Russian financier and blogger Slava Rabinovich in Facebook.

“In today’s world, competition between countries is, by and large, only two resources: human capital (brains) and for investment capital. Putin’s Russia this competition is already hopelessly lost, and scared, forever. XXI century have been swept Putin’s Russia on the margins of civilization; all that remained was to get to the margins of history, but it is, unfortunately, not a problem,” he wrote.

The blogger said that he will pay for it the people of Russia. “Will pay for all this, of course, the so-called “people” – namely, the population that would experience all the delights of venezuelization and mohamedali rush country-style. The Bolsheviks broke the spine of Russia; Putin and Putinism fractured skull; twenty-first century has made a control shot” – said Rabinovich. 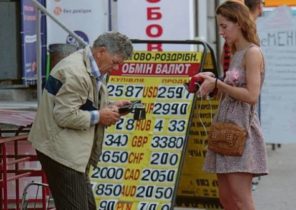