Voting for the resolution of the parliamentary Assembly of the Council of Europe (PACE) on the functioning of democratic institutions in Ukraine there was a split of the Ukrainian delegation. About it on air of TV channel “112 Ukraine”, said MP from the Radical party Andrei Lozovoi.

“What happened at the PACE session to vote for the resolution on functioning of democratic institutions in Ukraine, overall, this is a shame … the First fact – the fact that there was a split of the Ukrainian delegation. Of the 12 votes to 7 votes “for” the resolution, including the Aryans, Novinsky. It was 2 votes “against” – and my voice Elena Centurion. 3 more votes abstained – Golub, Sobolev, Borislav Birch,” said the MP.

As reported, the parliamentary Assembly of the Council of Europe (PACE) adopted a resolution “Functioning of democratic institutions in Ukraine”.

Note, the document stresses that the lack of progress in the implementation of the Minsk agreements should not be the cause of inhibition of the process of reform and democratic consolidation of the country.

The resolution notes the progress of the constitutional reform, which should be completed by the adoption of amendments to the Constitution, which is also important to promote judicial reform.

At the same PACE expresses concern about human rights in the provisions of the law on lustration. The resolution contains the appeal to the Verkhovna Rada of Ukraine to amend the legislation in accordance with European standards. 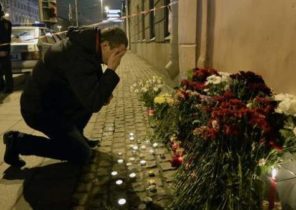 Train driver in St. Petersburg will be rewarded for saving passengers