The assistant Secretary on Affairs of Europe and Eurasia Victoria Nuland and several high-ranking American diplomats are leaving their posts and leaving the state. Reported by the Associated Press, reports UNN.

The under Secretary for management Patrick F. Kennedy is planning to retire Friday, said the state Department.

He was joined by two assistant Secretary Joyce Barr and Michele bond, who resigned on Wednesday. Gentry Smith directs the office of foreign missions, also goes.

These four diplomats joined a growing list of diplomats who were in the service for a long time, but refuse to remain in the property trump.

As noted, though none of the officials do not directly connect its resignation with trump, many diplomats in private conversations expressed concern about service in his administration, given the positions he took on many issues of foreign policy.

Recall that Nuland and Russian presidential aide Vladislav Surkov met on several occasions to support efforts to resolve the situation in Donbas, in particular, discussing the Minsk agreement. 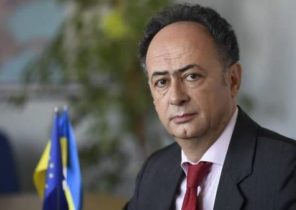