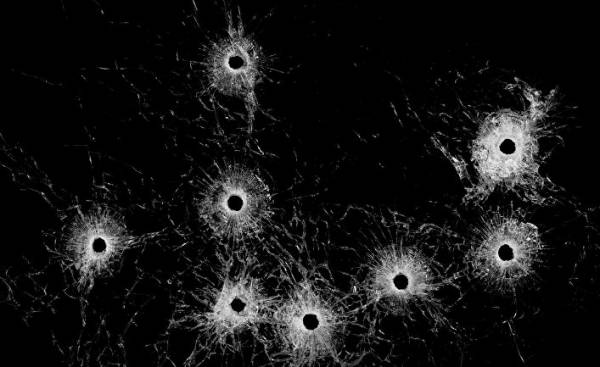 The prosecution of the mafia in June

Published in June, the indictment demonstrates how to earn money the members of organized criminal groups:

— they control illegal gambling house or sale of stolen cigarettes;

some, as reported by the New York Times, technically, trying to outwit the casino;

— attractive women seduce inexperienced men that these “Sirens” and then euthanized using chloroform and Rob;

— was the sale of 4.5 million pounds of stolen sweets.

Details from the indictment of the Federal government, the US government presented to the Federal district court in Manhattan. It is the basis for a warrant for the arrest of 31 members of the Russian mafia.

These gangsters ran the underworld mainly in new York, but some operated in other States, such as Florida, new Jersey, Nevada or Pennsylvania.

The illegal incomes, which are Italian, Russian and Latin American criminal gangs get doing drug trafficking, extortion, money laundering and other dark deeds, as before, is very significant: as found by the Bild newspaper, the Federal police, US FBI, illegal profits of organized crime in a year is about a trillion dollars (877 billion euros).

The origins of the American mafia

The myth of the gangster days of the five major families in new York (Lucchese, Gambino, Bonanno, Genovese and Colombo) faded. But Federal police, the US still considers the mafia one of the “biggest threats to U.S. society from organized crime.”

In General, the mafia in the United States is considered one of the most famous and widespread criminal organizations. “Its strength lies primarily in the fact that it effectively collaborates with other groups,” reads one report.

Some mafia American justice almost broke off my teeth: still the best example of this remains the case against the alleged organizer of the most daring RAID since the Great robbery of a mail train (1963, the catch of 2.6 million pounds). Vincent Asaro (82), a member of the Bonanno family, was exonerated in 2015 after a long trial of his alleged involvement in a major robbery of Lufthansa at the international airport of John Kennedy.

He was accused of complicity in the theft of cash and jewelry to the amount, which today amounts to about 20 million dollars (17.5 million euros).

Plaque 1976 at the cargo terminal of the airport is still considered one of the most sensational crimes in the history of the city and formed the basis of the hit “Goodfellas” (“Good Fellas”) (1990, starring Robert De Niro).

The acquittal for the new York Prosecutor’s office was a colossal failure — to this day the crime remains unsolved.

But the fight continues — in the past year, the FBI almost managed to inflict a crushing blow on the American mafia was arrested 46 members of one of the leading crime syndicates. The charges were read “as a mafia novels,” said involved in the investigation, an FBI agent Diego Rodriguez (Diego Rodriguez).

“Cosa Nostra” organized-crime-the US remains the most great name — but her fellow gangsters from Russia and Latin America are already almost surpassed it.

Despite all the destruction, it refers to the largest, most extensive and most dangerous criminal syndicates of America. Its members — mostly Italian Americans — consider themselves members of the “Cosa Nostra” (“Our Thing”), as well as their colleagues with her homeland Sicily.

Over the last few decades, the group included other gangster clans, such as “American Camorra”, which stretched its tentacles in Canada. Names for what she does, remind us of the encyclopedia of crimes: extortion, fraud, smuggling of all kinds, drug trafficking, corruption, money laundering, illegal gambling, credit fraud, murder, prostitution, pornography, theft, arson.

It is estimated that the Cosa Nostra in the United States has three thousand members and thousands of minions.

The mafia settled in America in the late nineteenth century — during the waves of migration from Sicily and other regions of southern Italy in the new York area of East Harlem (then Italian Harlem), the lower East Side and Brooklyn, as well as in other US cities such as New Orleans or Chicago.

Until today these groups are in close contact with the Sicilian mafia, the Camorra in Naples and Ndrangheta in Calabria. Some groups call themselves “families”, even if the participants do not belong to each other in relationship.

Today the mafia is most active in the northeast USA, especially new York, Philadelphia and new Jersey. In total, the government has 26 “families” in large American cities.

Their growth in the US seems unrestrained: group “Armenian power” (“Armenian Power” (AP-13)), which account for a large number of crimes sow fear and terror in California. Multinational syndicates — the “brotherly circle” (“Brother Circle”) — became so powerful that, according to the publication Business Insider, was named the former President of the USA Barack Obama (55 years) one of the four most dangerous threats to U.S. national security.

Even the sensational mass detentions failed to weaken the power of Russian in American cities: in 2011, 70 members of ‘Armenian power’ has hit the net big police RAID. According to the Huffington Post, was charged with kidnapping, extortion, Bank fraud, identity theft, credit card fraud, trafficking in marijuana, illegal gambling and criminal conspiracy.

Among Latin American groups recently caused a sensation group of MS-13, also known as “Mara Salvatrucha” (“Mara Salvatrucha”) or shortly “Mara”. Figure 13 represents the letter M, the thirteenth letter of the Latin alphabet. Dangerous gang was founded in Los Angeles, now, however, “Mara” includes many groups in other States, mainly in Central America.

The US President Donald trump (’71) recently made the issue political groups — because of a series of crimes reported across the country. According to the Washington Post, trump has claimed that “thousands of members of MS-13” should be deported. “We have a gang called MS-13,” said last month the President during his speech in Iowa. “They shoot people, hurt them, do something that no one can imagine can’t, they’re like animals,” he said in a rage.

No one can deny that this gang belongs to the cruelest in the world. They distinguish themselves frightening tattoos all over his body, communicate with each other in a secret language of signs. Because of their cruelty the members of the “Mara” was even hired by the Mexican Sinaloa cartel during his wars against the Zeta cartel.

In recent times the hype has caused an incredibly violent murder of 15-year-old Damaris rice Rivas (Rivas Damaris Reyes): 17-year-old member of MS-13, Venus Romero Iraheta (Venus Iraheta Romero) stabbed her 13 the stabbing — allegedly after the victim was accused in the death of one of the gang members — according to the portal Daily Mail.

According to rough estimates, in the U.S. there are 60 thousand gang members, many of whom are originally from El Salvador and other Central American countries.

Had a strict set of rules with eleven “commandments”, including the prohibition of treachery and cowardice.

Members of the “Mexican mafia” invite the allies of the racist group “Aryan brotherhood” (“Aryan Brotherhood”). They entrusted the assassinations.

The UN is greatly concerned about

In the face of UN office on drugs and crime, which is responsible for the assessment of global trends and support member States in the fight against organized crime, with great concern, first and foremost, the increasing globalization of criminal activities.

“The UN Security Council also established the growing influence of organized criminal groups on peace and stability worldwide,” said Warda Henning (Warda Henning) Bild in the office of the UN office on drugs and crime in new York.

Drug trafficking brings to the criminals almost 20% of their illegal global income. Only the opium from Afghanistan has caused the death of more than 100 thousand people worldwide.

The danger is amplified because such criminal organizations as the mafia, today, are the same globally and effectively as world concerns. “They use the speed and power of the Internet to collusion and internal logistics, criminal networks have taken over a lot of the private sector”. In other words, this means that developing the global village of the crimes, fully networked the shadow world of criminal forces.

Who will win the war — criminals or the state of law? Henning: “There are reports about the success of individual States, but criminal organizations are very flexible, they simply move to another state”.