The eldest daughter of US President Ivanka trump family recently moved from new York to Washington and has already managed to grow roots. In particular, she showed well-appointed room of his young son Theodore.

Apparently, writes The Telegraph, the improvement in new housing is going well. In particular, Theodore settled in “tastefully decorated” nursery.

It is noted that Theodore was the eighth grandson of the current President of the United States Donald trump. 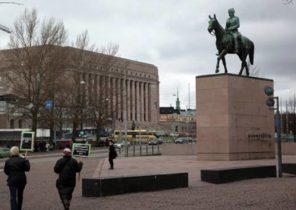