Suffering from dependence on raw materials its economy, Russia is trying to diversify the industry. In particular, it relies on the development of tourism, and begins to act in all directions.

Severely hit by the economic crisis, Russia tries to counter-attack. Having suffered from the sharp fall in oil prices, which make up half of the country’s budget, and squeezed by economic sanctions over the war in Ukraine, Moscow wants to develop one of his major secret treasures — tourism.

There would be no happiness, Yes the misfortune helped: the devaluation of the ruble, triggered by the crisis made the price of a trip to Russia more attractive for foreigners. According to statistics for the first six months of 2016 visited Russia 11.2 million foreign tourists. That’s 10% more than the same period in 2015. But beyond this economic luck in the country launched a structural development of the sector at the highest level. Russian officials want to avoid “Dutch disease”, the curse of dependence on raw materials, which are the main source of income for the country and the prices of which can vary dramatically. At present the diversification of the economy is one of the main failures of Vladimir Putin.

“The child makes the first steps”

In August 2015, during the strategic meeting, the master of the Kremlin made the decision to make tourism one of the alternative sources of income. In connection with the collapse of the Soviet Union and the opening of the country’s tourism has started to flourish. Russia is among the ten most visited countries in the world. However, the sector lags behind in development.

“While in developed countries tourism revenues are on average 10% of GDP in Russia is only 1.6%”, explains Svetlana Sergeeva from the Federal Agency for tourism of the Russian Federation.

“And now a strategic priority for the Kremlin was the lifting of the dependence of the Russian economy from gas and oil. We can make tourism took the third place in the market for export,” continues Svetlana. Svetlana agrees that at the moment tourism as a child making its first steps. But in such a vast country there is a powerful potential.

Russia has something to offer: ecotourism (lake Baikal, nature reserves in the far East), cultural tourism, gastronomic, ethnographic, sports (skiing, mountains), health (hot springs), and even industrial. Federal tourism Agency is trying to develop only at popular destinations such as St. Petersburg, Moscow or city of Golden ring, but also new routes like, for example “Estate of Russia”, “Great tea road”, “Red road”.

A competition to create a brand “Russia”

Since the collapse of the Soviet Union the country has a developed infrastructure — hotels, airports, roads, trains. Today, travel to Russia is possible with the same comfort as in the West. “We can even offer VIP service at economy prices”, says the representative of the Federal Agency for tourism. Russia, which has a total coastline of Asia, even to Europe took tourists from Asia and the Far East.

The Russian Agency for tourism launched an ambitious development plan: the development of products, training of the personnel. Now Russia does not have their brand, while 146 out of 195 countries, it is. Federal Agency on tourism organized the contest to create a brand that will be used for the presentation of tourism potential of the country in the international market, as well as for advertising purposes and for tourist products. Russia also expects the world Cup 2018, to expand the world and establish a “tourist destination Russia”. 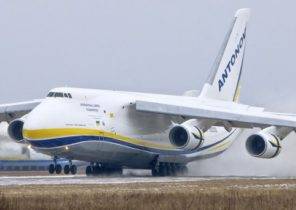