Russia has alerted anti-aircraft missile system s-400 “Triumph” in the area of Feodosia. This complex of new generation, designed to defeat air and space attack. The defense Ministry assured that “Triumph” for hundreds of miles covers the existing system of air defence of the South of Russia. In the Armed forces of Ukraine said that the new Russian complexes — defensive, not offensive, therefore, a direct threat to Ukraine is not present.

Lieutenant-General stock, the former Deputy chief of the General staff of the Armed forces of Ukraine Igor Romanenko considers that even s-400 in case of war will not be able to completely shut down the Crimean airspace:

— Of course, the deployment of air defence in Crimea — is not threatening Ukraine, but Moscow is clearly demonstrating to Kiev that it will continue to strengthen the defense annexed the Peninsula and is called, “playing muscles”. Russian complexes With-300 is really modern, but in Syria, according to him, has repeatedly attacked Israeli aircraft. This means that even they can be destroyed with proper training of pilots.

Russian military expert Pavel Felgenhauer is convinced that the s-400 are a danger not only for Ukraine, but for Western allies:

— I do not think that “Triumphs” is intended to defend the Peninsula from attack Ukraine. Crimea is an important link in the so-called “Western wall”, that is, the defense of Russia from NATO. If in the Black sea, deploying offensive weapons, they need something to cover from air attacks. Besides, from the Crimea “Triumphs” is able to cover the sky over part of Eastern Europe where they can operate aircraft and strategic drones of NATO. So on the Peninsula we see the preparations for the world or European war. Russia has already spent about a trillion dollars, but who will dominate on the Black sea — talk is meaningless. I hope that everything will be another cold war. 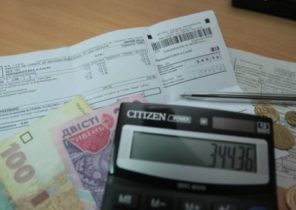 The Cabinet monetized “savings” on subsidies