Agricultural officials attended to restore order in the Ukrainian bodies of water – a draft Ministerial order establishing the modes of fishing on the Dnieper reservoirs, in the basin of Black and Azov seas in 2017. As explained in the Ministry of agrarian policy, the introduction of such regimes is stipulated by the law on fishery and the manner of using water biological resources from 2015, writes UBR.

The document spelled out in detail all the common nuances of fishing. For example, provided that the maximum length of the network must not exceed 70 m, fishing in the dark on ships without the side lights are prohibited, etc.

Any clarification and for individual reservoirs:

No less detailed and prohibitions. So, on reservoirs want to limit the use of certain types of networks, to prohibit the catch of silver carp and grass carp with a length of less than 60 cm, pike less than 50 cm, and catfish — less than 80 cm In the sea of Azov will be prohibited to catch sturgeon, and those who fall in the network ordered to produce again.

Also in the project it is noted that in case of deterioration of the ecological state of the reservoir Gosrybagentstvo can regulate the amount of fishing gear, and if the fisherman is composed of more than 4 acts on the excess catch, the inspectors have the right to prohibit fishing for 10 – 20 days.

The Ministry explained that the adoption of new modes should provide a balance between environmental requirements and economic interests of fishermen and increase the fish production in Ukraine (now the figure is 11.1 kg/person per year, while the global average is more than 20 kg).

The strengthening of control over fishermen will allow the state budget to more than 4 million UAH as a payment for using bioresources. However, it will have to spend almost 900 thousand UAH per year on documentation (logs, receipts, reports, etc.). It is unclear how the new regimes will change the cost of the fish and in the end the price of it in retail. 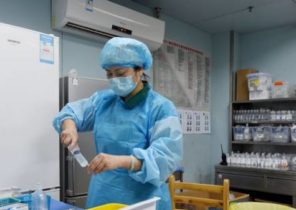