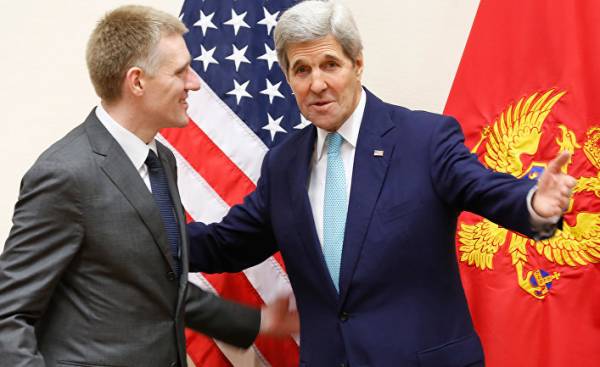 The “virus” of Russophobia in the Balkans?

The Balkans is infected “virus infection” Russophobia, which covers the United States and Brussels, i.e. the European Union. It all started after Western intervention in the crisis in Ukraine and the Russian response in the form of a referendum, who returned to Russia the Crimea. The West provoked the Ukraine coup, which led to the civil war. This was done on the model of the former Yugoslavia, or rather, the war in Croatia and Bosnia and Herzegovina. Now the West hopes to weaken state power in the Russian Federation. The crisis in Ukraine continues, the EU and the US imposed sanctions against Russia, and she answered them the same. At the behest of the EU, which pushed Bulgaria and forced to abandon the agreements, the closure of the project “South stream” has led to the energy crisis in the Balkans. The EU and the U.S. decided to eliminate Russia from the Balkans and limit its impact. The US, NATO and the EU are against Russia’s hybrid economic and media war. Its effects are felt, including in the Balkans where growing Russophobia.

Today, this Russophobia is ingrained in Europe, in the Balkans plays a more important role than during the cold war. The influence of Russian hegemony in the Balkans during the cold war was an ideological and economic nature. Now that the former Soviet satellites have become satellites of the US and NATO are opposed to Russia on its borders is a growing threat, and creates a Russophobic “Internationale.” Continuous pressure and isolation create barriers among peoples and lay the ground for violent conflicts, delaying the process of reconciliation and restoring trust.

The German patron Saint of the Ukraine and the Balkans

In the beginning of the Millennium, Russia has extended its influence through the gas and energy policies, promoting their economic and other interests in Macedonia, Serbia, Bulgaria, Republika Srpska, Montenegro and Greece. The beginning of a new, more dangerous cold war between the West and Russia over Ukraine affected the relations between the Balkan States. In the Balkans escalated Islamic radicalism, intensified by the recruiters in the ranks of the “Islamic state” (banned in Russia — approx. ed.). The West, in particular Germany and the USA saw a chance for himself, deciding to try to get close to Russian borders. Germany “without firing a shot” turned into the patron Saint of the Ukraine, and the Balkans means more now than it was during both world wars. Germany controls the economy of the Balkans, and the United States play the role of the military tread, which spreads the influence of NATO on the Balkan States against the interests of Russia.

Slavs and Orthodox against Russia?

For a long time, Russophobia was the basis of the systematic approach of the West towards Russia. However, Russophobia was not only directed against Russia, but was kind of anti-Slav strategy, in which the Slavic and Orthodox States and peoples within the European Union and NATO were set against Russia. Russophobia has become a form of war, diplomacy and the concept of the new order in Europe. In the Balkans Russophobia implanted in Croatia, Bosnia and Herzegovina (except in Republika Srpska), Albania and Montenegro. Growing anti-Russian syndrome in Kosovo. This is also true of Macedonia after coming to power Pro-American puppet Zoran zaeva and his Albanian coalition partners. Russophobia is distributed through the NATO policy in the Balkans, as well as through the efforts of the EU. Serbia and Republika Srpska are still interested in cooperation with Russia and not going to turn away from her, imposing sanctions or otherwise showing hostility. Because of this, in Serbia and Republika Srpska under great pressure. To the implanted in the Balkans Russophobia weakens the Slavic and Orthodox spirit of the people, which is pressing the EU and the Catholic-Protestant community. The Balkans set against Russia, causing harm to the peoples and States of this region. The West hopes that the Balkan Orthodox peoples and countries, Catholic and Muslim communities to unite against Russia and Vladimir Putin. Thanks to NATO and the EU want to keep Russia as far away from the Balkans. However, history confirms that such calculations are flawed. Serbia will have to resist the strong pressure in the coming years it will be forced to “distance themselves” from Russia, to trust its legislation to the EU (yet without the membership), “good” and in the name of “higher goals” to withdraw from Kosovo and from their national interests and from all sorts of relations with Russia. In Serbian political and public arena will grow Russophobia under the slogan that the place of Serbia is in the EU and NATO. 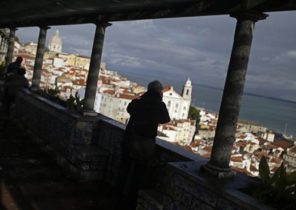