In the night from Wednesday to Thursday in the Ukrainian media appeared information about the revolt in Lukyanovka jail. Fighters of the notorious battalion of the Tornado collided with the guards, but now all parties to the conflict deny any conflicts. One soldier cut his ear, as they say, to attract attention, but under the prison was strapped extra police.

Корреспондент.net gathered information about what actually happened in Lukyanovka jail.

The events of the night

First, the national police reported the assault were arrested in the security jail.

The representative of Ukraine Yaroslav trakalo was informed that according to preliminary information, among the prisoners who were taken after the court hearing, and the convoy there was a conflict in the building of the jail. One of the prisoners self-inflicted injuries and is now under guard taken to a medical facility.

During the conflict, the jail building was surrounded by police in order to maintain order.

The attack was not

Illegal action by the untried soldiers of the disbanded company “Tornado” in respect of employees of Lukyanovka jail was not, said the Deputy Minister of justice Denis Chernyshov.

According to Chernyshova, “tornadovtsev” also has no claims to actions of employees of an insulator.

“In the detention center yesterday, was brought under investigation, in the case of the Tornado, former fighters of the battalion “Tornado”. One of the defendants, who did not agree with the course of investigation and court proceedings, began to Express their dissatisfaction that their position is not heard and do not accept, then committed the act of attracting attention to their position — cut off his ear piece” — he said.

The Deputy Minister said: “there were no attacks on prison staff, there was no aggressive action on the part of “tornadovtsev”.

According to Chernyshova, after the incident, “tornadoes” was taken to hospital, where he sewed his ear, and then was again taken to jail.

“After that remand prisoners were distributed throughout the cells and as of now the situation is under control, as “tornados” satisfactory,” he said.

The case was filed

The Directorate of national police of Ukraine in Kiev began criminal proceedings upon collision of the prisoners and law enforcement officers in prison Lukianivska.

In fact the incident the police started criminal proceedings under part 1 of article 342 (Resistance to representative of authority, employee of law enforcement Agency, member of public formation on protection of a public order and state border or a serviceman) of the Criminal code of Ukraine.

Sanction this article provides imprisonment for the term up to three years.

The former commander of the Tornado Ruslan Onishchenko told his version of events in Lukyanovka jail.

He said that tornadovtsa not captured hostage prison staff, and that the rebellion began after the soldier with the Callsign Achilles cut his ear with a Shiv to show their disagreement with the injustice of the conditions in the detention center.

According to Onishchenko, after they returned from the court hearing, the administration has “usmonali sports equipment and hung on the window where I sit “torandot” Bojana, that would be the sun’s rays did not penetrate into the cell.”

Onishchenko said that the prison employee, told the news that those arrested will not be able to exercise and enjoy the sun with a smile and fun.

After that, between “tornadoes” Callsign Achilles and the employee of the detention center there was a verbal conflict which ended with the inmate cut his ear with a Shiv, and the jailer ran away.

Fighters Tornado closed in the boxes. According to Onishchenko, they waited for an ambulance for wounded 1 hour and 40 minutes. Hostage-taking and attacks on the convoy was not. “And now read the nonsense in the media, a TORNADO took hostages. Onishchenko beat Achilles for the fact that Achilles pleaded guilty in court. TORNADO attacked the convoy,” wrote Onishchenko.

The former head of the Public penitentiary service Sergey Starenky said that the attack on the detention center on duty the soldiers of the Tornado is a direct result of the inaction of the Prosecutor’s office and the Ministry of justice in the assault case of a minor inmate at the warrant officer of the same prison, which took place on 1 January.

“Effects no one came except the ensign who received the intensive care unit, where he is currently. And employees of the funds collected for the operation, but not at public expense to do it. Oh, and a bonus to the situation — I think that yesterday’s incident will not be investigated. Talented reformers prescribed in the law “On High Council of justice” that is now being investigated by the investigators of the Ministry of justice. Which are not. The other current CPC does not provide,” — wrote Old.

Soldiers of the battalion Tornado is accused of crimes related to rape, kidnapping, illegal seizure of vehicles, create gangs, incitement to a suicide attempt, illegal penetration into dwelling, torture.

All crimes, according to investigators, the suspects were committed in the period from December 2014 to June 2015.

Supporters of the disbanded battalions periodically try to disrupt the trial. The defendants themselves behave boldly: insulting the court, threatened with death and even throw feces.

The collision under the Obolon court of Kyiv, where the case is heard, the Tornado, already injured 27 police officers.

A blessing from the Church

The Patriarch of the UOC-KP Filaret blessed the Tornado fighters, which are under investigation for serious crimes in the ATO.

“We pray that the Lord Almighty rescued them… They sit the same for Ukraine as Petro Kalnyshevsky (ataman of Zaporizhzhia Sich, who was arrested by Moscow),” — said the Primate of the UOC-KP. 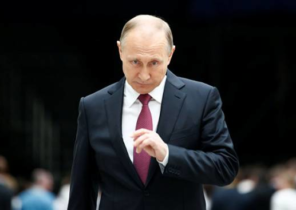