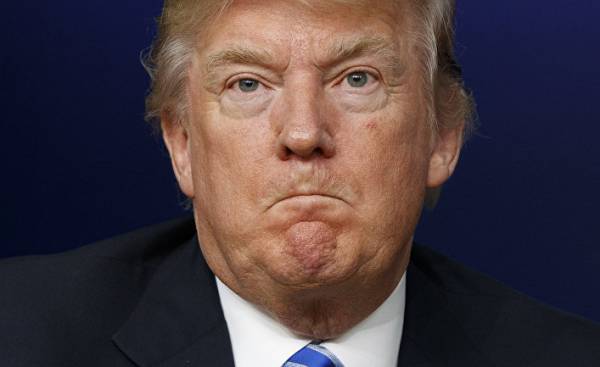 Even before the presidential election in 2016 the United States was divided government.

The US population is segregated physically, economically, ideologically, and in terms of education.

It also increases intellectual segregation. Americans are reading Newspapers and websites, with which opinion they agree. They watch on cable TV news that reinforces their existing opinion.

Social media lead us to what we already believe.

Society, enclosed in a vicious circle

These information bubbles — personally imposed on itself an imitation of the censorship that existed in the USSR in the days of my childhood and adolescence, and which still exists in a more refined form in Russia of Vladimir Putin.

Residents of the free world have access to an unlimited amount of uncensorable information and independent opinions, but prefer to be restricted to sources that reinforce their own prejudices.

This brought the society in a vicious circle in which the more extreme positions.

People who are actually well informed and quite friendly, are increasingly beginning to see those who disagree with them as enemies, even traitors.

Political opponents demonized. Extremism is rewarded in the election.

In the political rhetoric of words like dialogue, commonality and the flexibility associated with weakness.

The main effect of this vicious circle lies in the fact that many Americans are becoming more radical in ideological terms. That is: more and more people begin to take a more extreme points of view on a wide range of problems and consider compromises and interim solutions less acceptable.

This applies not only to the typical controversial topics in politics, but also areas in which the U.S. traditionally has been a broad consensus, for example, foreign policy.

When tactical considerations prevail over principles

The social-liberal European model living in the US, it is difficult to find a place in the American political landscape.

I usually joke saying I was a “Communist of the Reagan model” of the Soviet Union: was the one who fought for individual freedom, not the tax rate, or religion.

My American associates in foreign Affairs usually refer to the right flank. One reason for this is that the Democratic party largely abandoned the global agenda in the field of human rights and freedoms, which performed at the time Harry S. Truman and John F. Kennedy. And I believe that it is truly a shame.

Now, however, I notice that while my own positions remain unchanged, many of my supporters among Republicans changed their point of view.

When I have during the Obama presidency criticized US policy toward Russia, I enjoyed great support among Republicans and in the American media right orientation. Democrats and more liberal maistrovskii media protected Obama and could describe me as a warmonger, when I called to confrontation with Putin’s Russia and its isolation.

That all changed almost overnight when Donald trump was nominated as a presidential candidate from the Republican party, and its initiatives that protect Putin, increasingly began to appear in the news.

Suddenly members of the liberal left began to praise my warnings about Putin, while many of my Republican associates began more favorably to respond to Putin. Often for tactical, political reasons.

Always interesting to see when tactical considerations prevail over the principles, but when it puts at stake national security, it can be dangerous.

There is no one who would treat the Tramp indifferently

President trump is a symptom that speaks of the triumph of “hyperpreterists” in the United States.

It is not the cause but the product of decades of increasingly extreme rhetoric and more of the split — and several decades with politicians who were engaged in “just business” (business as usual), but the real problems of American society, they are ignored.

Trump was not a decision, but he outlined the problems.

The most positive that can be said about joining trump in the American political arena, is that there is no one who would treat him indifferently. Its either love or hate.

He revived political activity in the United States. We may not have seen anything like it since the Vietnam war.

People are interested in separation of powers, the fact that the President can do and what he can not do. They take to the streets to demonstrate, and every day I watch the news.

Sometimes in order to Wake up the population crisis is required. Trump contributed to the fact that people became more convinced. If the result of this moderate center in American politics will also be able to shake off the apathy, it will be good news.

Do not consider democracy something for granted

Given your experience of living under two dictatorships, I would like to say to the Americans, but also Europeans and citizens of the free world that they should not consider democracy something taken for granted.

Facts: the freedom Forum in Oslo

Is Oslo 22-24 of may, is organized by the Human rights organization Human Rights Foundation

Among the speakers this year will be Prime Minister Erna Solberg

Nine years after the collapse of the USSR Russian voters voted for President was Vladimir Putin. It was the last free elections in Russia. Less than ten years of democracy.

American and European institutions, of course, much stronger than the Russian but do not consider these great institutions than for granted.

Do not assume that your freedoms, your wealth, or something else given to you once and for all.

Listen, be active, be informed and concerned citizens. It’s now more important than ever. 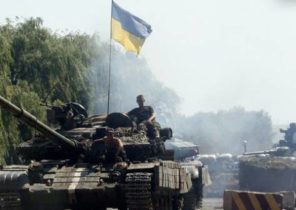