When developing your policy of the administration toward China, the future US President Donald Trump should be aware of the two serious traps that he had prepared for history. About the “Thucydides trap” mentioned Chinese President XI Jinping; the warning of the ancient Greek historian that could erupt catastrophic war, if the existing powers (such as USA) too begins to fear growing power of new powers (such as China). But Trump should be afraid of more “trap Kindleberger”: China, on the contrary, look rather too weak than too strong.

Charles Kindleberger, the intellectual architect of the Marshall plan, which taught then at MIT, explained the reasons of the disastrous decade of the 1930s: the US took the place of the UK as a major global power, but did not take the British role in the provision of global public goods. As a result, the global system fell apart, became depressed, genocide, world war. Today, when the growing strength of China, will the country to help create global public goods?

Within States, the government provides a public good, for example, the protection of public order and environment that benefit all citizens without exception. At the global level public goods such as stable climate, financial stability, freedom of the seas, provided by the coalitions led by the major powers.

Small countries have no incentives to pay for such global public goods. Their small contributions do not affect the ability to use these benefits and are, therefore, rational to “free ride”. But the major powers are able to see the effect and feel the benefits from their contributions, so they better be leaders in this process. If they refuse, then global public goods are created in low volume. When after the First world war, Britain was too weak to fulfill this role, the isolationist-minded United States continued to be “the stowaway”, which led to disastrous results.

Some experts worry that, despite China’s rising power, he decides to become a “free rider” by refusing to make contributions in support of international order, which he was not created. Today, the facts are contradictory. China best the UN system, where it has veto power in the Security Council. China is the second largest contributor of UN peacekeeping forces, he also participated in UN programs relating to Ebola and climate change.

In addition, China received a significant benefit from membership in multilateral economic organizations, particularly the world trade organization, the world Bank and the International monetary Fund. In 2015, China created the Asian infrastructure investment Bank, in which some see an alternative to the world Bank; however, this new institution adheres to international regulations and cooperated with the world Bank.

On the other hand, China’s refusal to recognize last year’s decision of the Permanent court of arbitration (PCA), rejecting its territorial claims in the South China sea, raises troubling questions. However, until now China’s behavior was not directed at the destruction of the liberal world order that is beneficial to him, and to increase their influence in it. But if this country will be under pressure and in isolation because of the policy of trump, do not turn it into that obstinate “the stowaway”, which will push the world into a trap of Kindleberger?

Trump should also worry about the better known the “trap of Thucydides”: China might look rather too strong than too weak. This trap is not inevitable, and its influence is often exaggerated. For example, the political scientist Graham Allison argues that, since 1500, in 12 of the 16 cases, when the dominant power has come into conflict with the newly emerged power, the result of this conflict was the great war.

But these figures are not accurate because it is not clear what is considered “a special case”. For example, Britain was the dominant world power in the mid-nineteenth century, however, it allowed Prussia to create a powerful new German Empire in the center of the European continent. Yes, the British started war with Germany half a century later, in 1914, but it must be considered one event or two?

The first world war was not a simple case of the reaction of the existing powers (Britain) to the new (Germany). In addition to the rise of Germany, the causes of this war was Germany fears the growing power of Russia, fears of the rise of Slavic nationalism in experiencing the decline of the Austro-Hungarian Empire, and many other factors that are not similar to the situation in ancient Greece.

As for analogies with the present, today the difference in power between the US and China is much more than between Germany and Britain in 1914. Metaphors can be used for generalized warnings, but they become dangerous if you create the impression of historical determinism.

Even classical Greek is not so simple as it was represented by Thucydides. He believed that the cause of the second Peloponnesian war was the growing power of Athens and the fear this caused in Sparta. But, as shown at Yale historian Donald Kagan, in reality, Athenian power grew. Before the war, which began in the year 431 BC, the balance of power began to stabilize. The Spartans began to think that it is possible to take the risk of war, due to political mistakes of the Athenians.

The growth of Athens was the cause of the first Peloponnesian war, which occurred earlier in the same century, but this fire was then extinguished the Thirty years ‘ peace. Kagan proves that for the second catastrophic war it took to get a small spark got into one of the rare gaps in the protection of flammable material, and then persistently and vigorously fanned the bad political decisions. In other words, the war was not caused by impersonal forces but by the wrong decisions in difficult circumstances.

It is in the danger that awaits today’s trump in relations with China. He needs to worry about China, which is both too weak and too strong. It should avoid the trap of Kindelberger, and pitfalls of Thucydides. But first of all it must avoid miscalculations, incorrect beliefs and inaccurate observations that are the plague of human history.

Joseph Nye Jr. is a distinguished Professor of Harvard University, author of the book Is the American Century Over? (The end of the American century?) 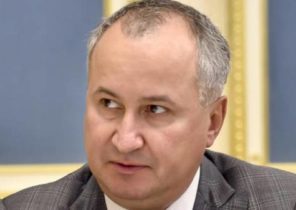