When the court of appeal Borgarting (Borgarting) on Tuesday will begin in the gym of the prison, Skien (Skien) a hearing on the appeal against sentence on the case concerning the conditions of detention of Anders Behring Breivik (Anders Behring Breivik), it will take almost three years to the day when the convicted terrorism 37-year-old Breivik last time face to face met with individuals.

A few weeks before Breivik’s mother died on March 22, 2013, she visited him in prison, ILA (Ila), and at the meeting they did not share the glass wall.

From that day, including after transfer to prison Skien in September last year, the convict met the employees of the prison, as well as a few other employees, for the implementation of routine procedures.

He stopped contact with other family members; according to court documents, he also stopped communicating with a familiar woman under control spent 99 telephone conversations of 20 minutes each.

Other prisoners, he does not see

Breivik sees no other prisoners, and they don’t see it. When the terrorist who committed the attacks in the Government quarter and on the island of Utoya (Utøya) July 22, 2011, lead into the prison yard, the rest of the prisoners locked up in cells.

Breivik is the only inmate in Norwegian prisons is serving a sentence “in terms of compliance with heightened security measures.” In recent years, there was very little.

The last time Breivik was able to see other specialists when the district court of first instance in Oslo in March 2016 in the same gym heard the case about the conditions of his detention.

Then the state convicted of a violation of article 3 on torture European Commission on human rights:

Here’s the text of laws

The case of appeal against sentence on the conditions of Anders Behring Breivik in the court of appeal is based on two following paragraphs.

Article 3. The prohibition of torture:
No one shall be subjected neither to torture or to inhuman or degrading treatment or punishment.

— The district court of the first instance of Oslo recognized the state responsible.

2. No interference from the public authorities in the exercise of this right, except cases when such interference is prescribed by law and are necessary in a democratic society in the interests of national security and public order, economic welfare of the country, prevention of disorder or crime, for the protection of health or morals or the protection of the rights and freedoms of others.

— The district court of first instance, Oslo has justified state.

“The court sees no reason to go deeper into the periods of time when violated article 3. The court confines itself to a statement that is conclusively proven that article 3 of the European Convention on human rights in relation to Breivik violated during his stay in prison.”

This conclusion of the district court of first instance, which the state appealed to the court of appeal.

The district court of first instance did not consider separately the prison ILA and Skien in the period from the moment when Breivik was arrested that day when he killed 77 people, and before the first court case almost five years later.

The Commission for the prevention of torture and inhuman treatment at the civil Ombudsman held in June 2015 the test conditions of detention of Breivik in prison Skien.

The inspection was made a few critical comments.

Has there been any practical changes in the daily conditions of detention of Breivik in prison after the district court of first instance issued a verdict in April 2016?

Neither the Director of the prison Skien OLE Kristoffer Borhaug (Ole Kristoffer Borhaug) nor the public Prosecutor Fredric Seyersted (Fredrik Sejersted), did not want to provide information about the day of Breivik immediately before the hearing of the case on appeal.

These details are essential in the trial, which will end on Wednesday, January 18.

The prison Director said in an interview with Dagbladet informed that the conditions of detention in a correctional facility will not be changed before the final decision.

“According to our estimates, the case is where it was last time,” said public Prosecutor Fredrik Seierstad in an interview with Dagbladet.

In his last comments for the upcoming hearing, the public Prosecutor expressed the opinion that the circuit court of the first instance of Oslo in the first case made a mistake.

“The district court in several key moments took over the functions of the National service for execution of punishments and gave a rough estimate. It would be better if the court had studied the actual conditions of detention,” — said the public Prosecutor in the appeal to the district court of the first instance.

In its decision of April last year the district court of first instance, Oslo, gives a detailed description of what life is like Breivik.

In Breivik has three cells — in one he lives, the other is used as a study, and the third as an exercise room. If you believe the information provided by the prison administration, the area of each chamber is about 10.5 square meters.

In the ILA prison he had three similar cameras, respectively, on eight square meters each.

Between the chambers, which are at the disposal of Breivik, and other cameras the Department installed metal bars between their cells, he can move freely from 07.30 o’clock (on weekends from 09.00) till 19.30.

In each chamber there is a window in which light penetrates. The Windows have protectors.

In the living cell is equipped with a toilet, washbasin and shower, writing Desk and chair, TV with integrated DVD and games console, pin Board, wardrobe with a built-in refrigerator and the bed.

He can cook and wash clothes

He has the ability to cook and wash clothes.

In the office it has a toilet, sink and shower, Desk and chair, pin Board, bookshelf, TV and games console.

In a training cell and a toilet with washbasin, shower, treadmill, elliptical trainer, exercise Mat and multiranger.

Breivik had the opportunity to take daily walks in the yard. From December 2015 it also has the ability to make every 14 days Hiking in the big prison yard, accompanied by three prison officers.

In the daytime the prison officials Breivik check every hour. In this regard, through the metal grille can negotiate with duration from 5 to 30 minutes.

Weekly Breivik talks with the priest. The duration of the conversation, one hour.

The priest, former army chaplain, now serving in one of the communities of the Church of Norway and is one of three new witnesses in the first case.

Two other witnesses — a man, a head of Department in the ILA prison, and the woman, social consultant in the prison Skien, which helps Breivik in the study.

He, in particular, deals with the history and political science. 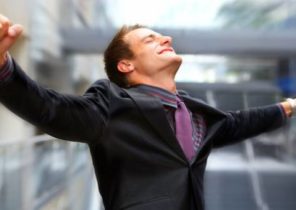