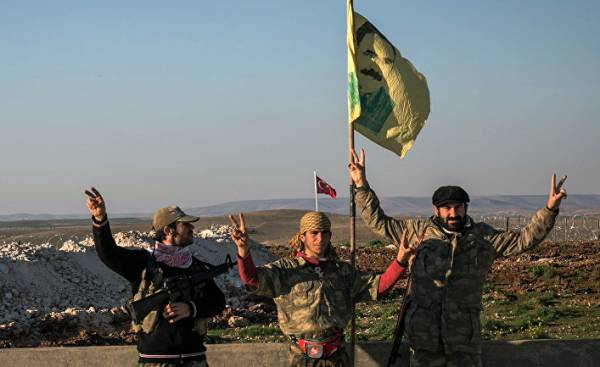 Yesterday the Russian military, taking part in the festivities on occasion of Nowruz in Aleppo, posed in front of the cameras with the flags of people’s protection Units (YPG) and women defense Units (YPJ), the armed wing of the Party “Democratic Union” (PYD), the offshoot of the PKK in Syria.

While Russia denies YPG announced the intention to establish a military base in the Syrian city of Afrin, in the Kurdish websites and accounts and social networks in Syria, published photos, which depicted the Russian military during the celebration of Nowruz in Aleppo.

The YPG logo on the sleeve of the Russian commander

The photographs published in the message, transferred to Kanal 7, was seen as the Russian military, taking part in the celebration of Nowruz in Aleppo, posed with the flags of YPG and YPJ. In addition, on the sleeve of General Andrew lovkova, commander of Russian troops stationed in the region during the festival, could be seen the emblem of the YPG.